How do Opioids Work? - MedicineHow

How do Opioids Work? 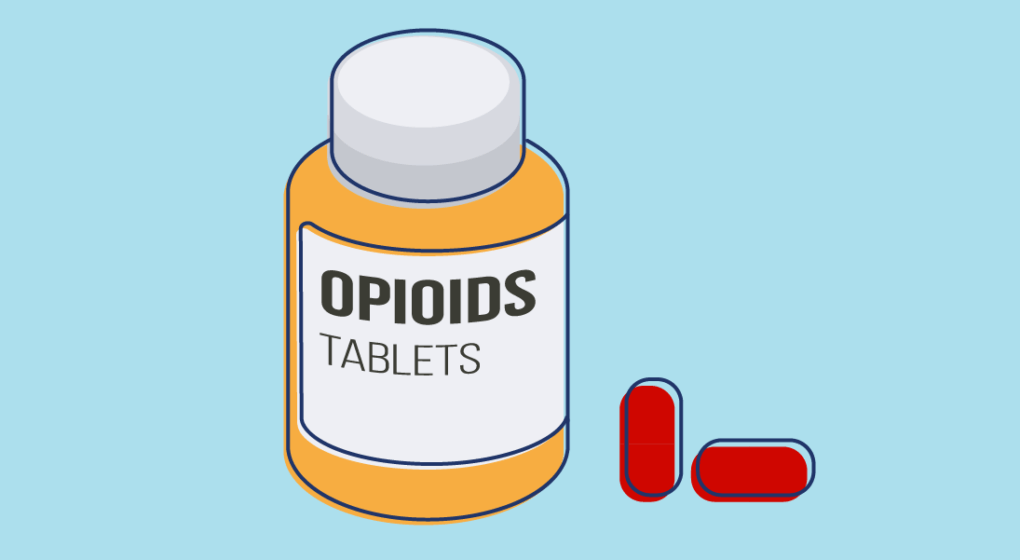 Opioids are a group of drugs that all work in a similar way to block messages of pain in your body to provide an analgesic effect and relieve acute and chronic pain. They do this in two main ways:

We'll get cover this in more detail in the specific section about how opioids work in this article, but first, let's get clear about what we mean by opioid drugs.

Firstly, it's a good idea to get clear about which drugs we are talking about when we say "opioids". There are several different medications that are classed as opioid because they all have a similar effect on the body.

Examples of opioid drugs include:

Each of the different opioid drugs work in a similar way, but they are not exactly the same. Some of them may start to work more quickly, or they may have a long duration of action. Additionally, each of them has a different potency - some of them are better for mild pain and other are best for severe types of pain.

The table below summarises the ​differences between the opioid drugs:

Here are a few important differences between the opioid drugs:

What Opioids used for?

The most common use of opioids is for the relief of acute or chronic pain. This is because the opioid receptors play an important role in the way that your body carries the messages of pain to your brain so that you "feel" them.

Some opioid drugs, such as methadone and buprenorphine, can also be used to help people who are dependent on opioids such as heroine to reduce their reliance on illicit drugs.

How do Opioids work?

There are several different systems inside your body that are used to carry messages of pain. Pain actually helps to protect your body from damage, so it is a good thing that we are able to experience pain.

You have endogenous opioids inside your body, which are substances that naturally exist in your body. They can bind to and activate special receptors in your body that recognize the opioids.

When an endogenous opioid attaches to the right receptor, it has an analgesic effect on the body to relieve pain. It also causes other effects: to slow down breathing, make you feel more tired, and make it more difficult to defecate.

Opioid drugs manipulate this natural process by activating the same receptors that the endogenous opioids do. They activate the opioid receptors and lead to an increase in pain relief and the other effects on the body.

Additionally, opioids can also decrease the transmission of pain impulses in the body to provide an analgesic effect. They do this by interrupting the pain messages in the spinal cord and interfering with the messages of pain coming from the brain in the central nervous system (CNS).

There are several general side effects of opioids that can sometimes affect people who take any of the opioid drugs. However, there are also some effects specific to certain drugs, so make sure to check out the individual pages for more information about each one.

Common side effects of opioids may include:

Common side effects of opioids may include:

There are several people who may need special attention if they are taking an opioid drug, due to other medications or health conditions they have.

For example, the dose may need to be changed for people who have:

Additionally, people with epilepsy are more likely to have a seizure while taking an opioid, so this should be considered.

People who are elderly often require a lower dose of opioids than other adults.

Sometimes when you take an opioid drug at the same time as another drug the way they work can interact, changing their effect on your body.

Some drugs that are used in the treatment of depression called selective seretonin reuptake inhibitors (SSRIs) can cause a condition called seretonin toxicity. The risk of this is higher if an opioid drug is taken at the same time, so you need to be on the lookout for early signs.

Opioid medications are not usually recommended for pregnant women, for two main reasons:

For these reasons, it is usually best for pregnant women to take other medications to relieve pain while they are pregnant, such as paracetamol.

However, codeine is one example of an opioid that is often given in pregnancy and is considered to be safe. Codeine may still have an effect on your baby if used in high doses, so make sure you let your doctor or pharmacist know that you are pregnant.