How Does Fentanyl Work? - MedicineHow

How Does Fentanyl Work? 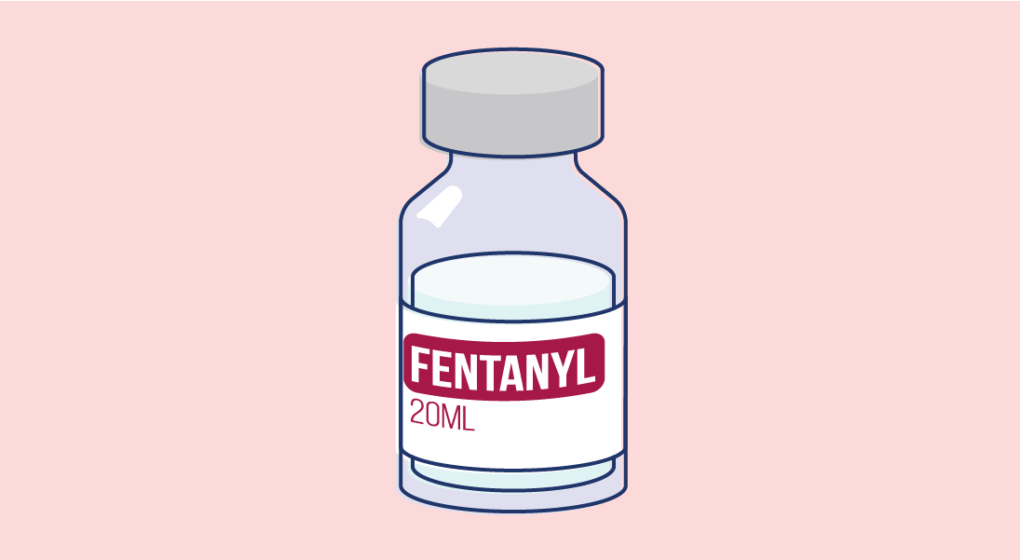 Fentanyl is a type of drug called an opioid and works by activating opioid receptors that naturally exist in your body to provide an analgesic effect.

It can be use to relieve many different types of pain, including acute pain, chronic pain and breakthrough pain (e.g. if you experience worse pain at certain times when taking another drug to manage pain.)

Fentanyl is the generic name, which is the name of the actual drug component inside the medication. There are several different brand names of the drug, according to the type of formulation and which pharmaceutical company has made it.

Actiq is the brand name of the fentanyl lozenge, which is ideal for quick relief of breakthrough pain. There are many different doses available of the lozenge to match the severity of pain, including: 200 mcg, 400 mcg, 600 mcg, 800 mcg, 1200 mcg and 1600 mcg.

​There are three different brand names of the fentanyl patch: Denpax, Durogesic and Fenpatch. Each brand is available in a range of doses, including: 12 mcg/hour, 25 mcg/hour, 50 mcg/hour, 75 mcg/hour, 100 mcg/hour. Most people start taking the lowest dose and gradually increase to more stronger patches if the are still experiencing pain. The fentanyl patches are relatively strong and should only be used if you have tried taking other opioid medications before.

There is also an injection that contains fentanyl available, under the brand name of Sublimaze. This is available in a dose of 50 mcg/mL.

Fentanyl is a type of drug called an opioid. This is a drug class that helps us to group drugs that work in a similar way together. Other opioid medications include:

Fentanyl is often a better option than other opioids to relieve pain for people who have poor kidney function or renal impairment. Fentanyl also tends to cause less nausea than other opioid drugs, which is a common side effect of this type of medication.

What is Fentanyl used for?

Fentanyl is used to relieve many different types of pain.

The lozenge or injection are often used to manage short-term or acute pain because they are quick to start working and effective.

Many people who have pain related to cancer have the lozenges to take as needed, when the pain is more severe and their usual analgesic medication isn't providing enough relief.

The fentanyl patches provide continuous relief of pain because they slowly release a bit of the medication across your skin all day long. Therefore, they are used for chronic pain.

Fentanyl manipulates this natural process by activating the same receptors that the endogenous opioids do. It mimics the effect of natural opioids in your body.

Fentanyl can also decrease the transmission of pain impulses in the body by interrupting the pain messages in the spinal cord and interfering with the messages coming from the brain in the central nervous system (CNS).

There are several general side effects of opioid medications such as fentanyl that can affect some people, such as:

The fentanyl patches may also cause a reaction on the skin, which may appear red or be itchy.

There are several people who may need special attention if they are taking fentanul due to other medications or health conditions they have. For example, if you have the following conditions often you may need a lower dose than usual:

Additionally, people with epilepsy are more likely to have a seizure while taking fentanyl, so this should be considered.

Over time, your body "gets used" to the effect of fentanyl and you may experience withdrawal effects if you suddenly stop. If you wish to stop or decrease the dose of fentanyl, it is best to talk to your doctor for help in slowly decreasing the dose to allow your body time to adjust.

People who are elderly often require a lower dose of fentanyl than other adults.

Taking fentanyl at the same time as another drug can sometimes change their effect on your body because of the way they interact.

All drugs that cause your breathing to slow down can increase the risk of a serious side effect of fentanyl: respiratory depression. Many drugs to lower blood pressure, such as beta blockers, can have this effect. This combination can be used, but it's important that your doctor knows that you are taking fentanyl and checks that the dose is right for your body.

Some drugs that are used in the treatment of depression called selective seretonin reuptake inhibitors (SSRIs) can cause a condition called seretonin toxicity. The risk of this is higher if fentanyl is taken at the same time, so you need to be on the lookout for early signs. This can also occur if fentanyl is combined with monoamine oxidase inhibitors (MAOIs) such as phenelzine and tranylcypromine, and this combination is usually avoided completely.

Fentanyl is not usually recommended for pregnant women because your baby is more likely to have respiratory depression, which can be fatal. Additionally, they may experience withdrawal effects when they are born and no longer get the dose from your blood stream.