How Does Codeine Work? - MedicineHow

How Does Codeine Work? 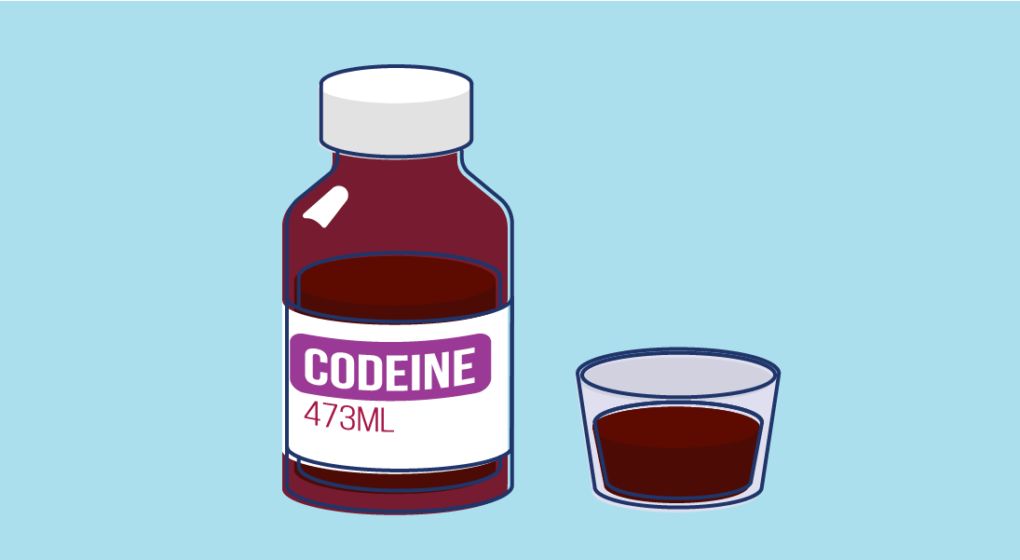 Codeine is a type of drug called an opioid. It works by activating opioid receptors that naturally exist in your body, which has a number of effects on your body. One of the effects is to provide analgesia and relieve pain, which is what the drug is used for. It is most often recommended for mild to moderate pain.

Your liver also converts a small amount of the codeine dose into another substance called morphine, which is also an opioid but has a stronger effect than codeine. ​

Codeine can also sometime be used as a cough suppressant ​if you have a dry cough or to help relieve short-term diarrhea.

Codeine is the generic name, or the name of the actual drug component inside the medication. There are many different brand names of codeine, depending on which company has manufactured the drug.

Codeine Phosphate tablets are available in 30 mg tablets. You can take 1 or 2 tablets every for hours to help relieve mild to moderate pain, up to a maximum of 8 tablets in one day. If you find that the maximum dose isn't enough to relieve your pain, it is best to change to a different opioid drug, rather than increase the dose even more.

Codeine is often available in combination with other medications to relieve pain, such as aspirin, ibuprofen or paracetamol.

The idea of combining two different types of analgesic drugs is to increase the pain relieving effect, while keeping the risk of side effects low. Some brand names of codeine combinations include:

Codiene is a type of drug called an opioid. This is a drug class that helps us to group drugs that work in a similar way together. Other opioid medications include:

What is Codiene used for?

Codeine is usually in the relief of mild to moderate pain. For more severe pain, it is best to use a different type of opioid drug instead because side effects are less likely to occur.

Codeine can also sometimes be used to suppress a dry cough or to relieve short-term diarrhea. It is important that it is only used on a short-term basis for these indications and not as a continuous treatment.

How does codeine work?

Codeine manipulates this natural process by activating the same receptors that the endogenous opioids do. It mimics the effect of natural opioids in your body.

It is also converted into morphine inside your body by your liver. Morphine is another opioid that has a similar effect to relieve pain, but it is stronger.

Codeine can also decrease the transmission of pain impulses in the body by interrupting the pain messages in the spinal cord and interfering with the messages coming from the brain in the central nervous system (CNS).

Codeine as a Prodrug

Codeine is a "pro drug" of morphine. This means that some of the codeine dose is converted to morphine - another opioid drug - inside your body. For example, if you take a 30 mg dose of codeine you would produce approximately 4.5 mg of morphine from the dose in your liver.

The exact amount of amount of morphine produced changes from each person according to your genetic makeup. There is a certain enzyme in the liver that is involved in converting codeine to morphine - called CYP2D6 - and everyone has a different amount of this enzyme.

In fact, up to 10% of caucasians lack the enzyme altogether so they are not able to convert codeine to morphine at all. As a result, they don't get much pain relief from taking codeine - only the weaker effect of codeine without the added effect of the stronger prodrug morphine.

On the other hand, up to 10% of causasians are what we call "ultra rapid metabolizers." In these people, the CYP2D6 enzyme is working in overdrive and a lot more morphine than usual is produced from the same dose of codeine. As a result, these people are more likely to experience side effects.

The tricky part is that you can't know what type of metabolizer you are unless you take a genetic test. In practice, most people find out how well codeine works for them by trying it and feeling how well it works to relieve their pain.

There are several general side effects of opioid medications such as codeine that can affect some people, such as drowsiness, dizziness, headache, dry mouth and urinating less often.

There are also some people who may need special attention if they take codeine due to other medications or health conditions they have. For example, if you have the following conditions often you may need a lower dose than usual:

Additionally, people with epilepsy are more likely to have a seizure while taking codeine, so this should be considered.

People who are elderly often require a lower dose of codiene than other adults, especially if they have poor renal or kidney function.

Taking codeine at the same time as another drug can sometimes change their effect on your body because of the way they interact.

If you take codeine at the same time as rifampicin, your body will metabolize codeine more quickly and possibly produce more morphine. ​This may increase or decrease the pain relief and side effects, depending on if the effect of the morphine produced is greater than the loss of codeine .

Any medication that blocks the action of opioids, such as buprenorphine, naloxone or naltrexone, can decrease the action of codeine. These drugs are not usually used together.

All drugs that cause your breathing to slow down can increase the risk of a serious side effect of codeine: respiratory depression. Many drugs to lower blood pressure, such as beta blockers, can have this effect. This combination can be used, but it's important that your doctor knows that you are taking codeine and checks that the dose is right for your body.

Some drugs that are used in the treatment of depression called selective seretonin reuptake inhibitors (SSRIs) can cause a condition called seretonin toxicity. The risk of this is higher if codeine is taken at the same time, so you need to be on the lookout for early signs.

Codeine is the only opioid drug that is considered to be relatively safe for use during pregnancy. However, it may still have an effect on your baby if used in high doses, so make sure you let your doctor or pharmacist know that you are pregnant.

In general, it is usually best for pregnant women to take other medications as a the first option to relieve pain while they are pregnant, such as paracetamol. For more severe pain, adding codeine to paracetamol may be beneficial.

For women who are breastfeeding, occasional doses of codiene are thought to be safe. There may still be some risk to your baby if they are used every day for an extended period of time, so it is best to keep the treatment time short, if possible.