How Does Trandolapril Work? (Gopten) Uses, Side Effects, Precautions

How does Trandolapril work? 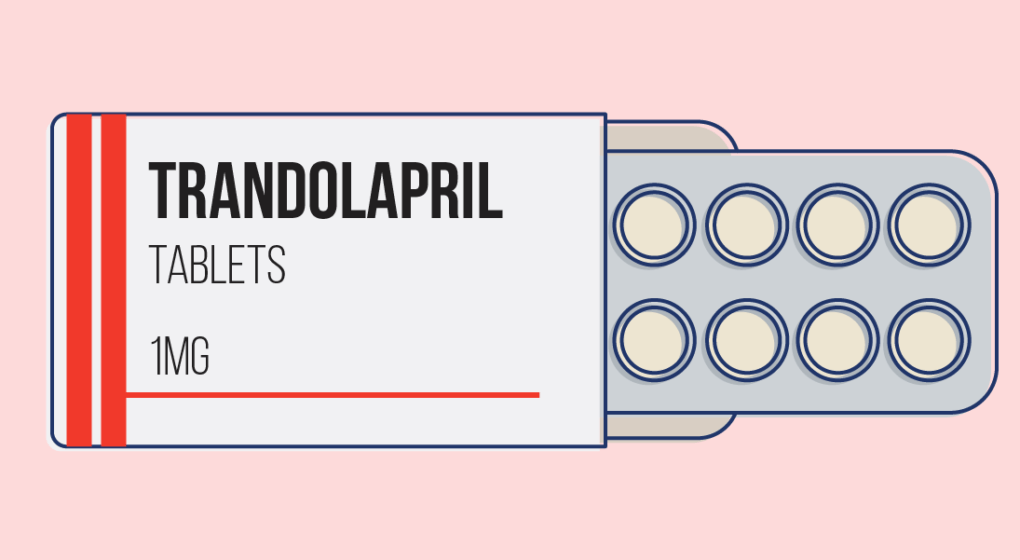 Trandolapril is the genic name, which is the name of the active drug found in the medication. There are also several brand names that all contain the same active ingredient:

Each of these brands does exactly the same thing and simply have different names as they are manufactured by different companies. They are available in several different doses: 0.5 mg, 1 mg, 2 mg and 4 mg.

It is usually best to start with a lower dose such as 0.5 mg to allow your body time to get used to the drug and reduce the risk of side effect. The dose can then be gradually increased over a few weeks until the optimum blood pressure is reached.

Trandolapril is an angiotensin-converting enzyme (ACE) inhibitor, which is a class of drugs that work in a similar way. Other medicines in the same class are:

It is usually used to treat hypertension but is also sometimes used after a heart attack, particularly if you have poor ventricular function.

Trandolapril and other ACE inhibitor drugs work by stopping an enzyme in the body from converting the angiotensin I hormone to angiotensin II. Angiotensin II is the active hormone which is important for the body to keep the blood pressure balanced and in the healthy range for healthy people. It has a range of effects on the body, including tightening the blood vessels and increasing the amount of blood in you body, which all adds up to increase the blood pressure.

When you take trandolapril, less angiotensin I is converted to angiotensin II and the active hormone can’t work its effect as well as usual. As a result, the opposite response happens:

ACE inhibitors affect many areas of body and there are several side effects that can occur when you take trandolapril. You should check the medicine information leaflet for the complete list, but the most important ones are:

The most common side effects happen because it’s working too well and you end up with low blood pressure. You might notice symptoms of:

This often happens when you first start taking trandolapril or just after a dose increase.  As your body gets used to the drug, these symptoms usually get better, although it might take a few days. If you still notice these effects after more than a week, your blood pressure might be too low because you’re taking a higher dose than you need. You can find out by measuring your blood pressure (usually free at a pharmacy) and talk to your doctor about if you need a lower dose.

Trandolapril causes more water to be excreted in the urine than usual and upset the balance of potassium and other salts in your blood. Less potassium is excreted in your urine and it can build up, causing symptoms like tiredness and muscle weakness.

You can check if you have high potassium levels with a simple blood test, so have a chat with your doctor if you think you might have hyperkalemia.

Tranolapril can cause some people to get a persistent, dry and irritating cough. If you notice a cough when you begin taking the medication, talk to your doctor about an alternative medication such as an angiotensin II channel blocker.

There are a couple of things you should be aware of before you start taking trandolapril, as they can have serious consequences for some people.

Rarely, trandolapril can cause swelling of the mouth and throat called angioedema, which can stop you from breathing as normal and can have serious outcomes.

If you have suffered from angioedema before, you should avoid taking trandolapril because you are more likely to experience it again. If you notice swelling around your mouth and face when taking the medication, you should see a doctor as soon as possible.

Trandolapril puts extra pressure on the kidneys and increases the risk of renal impairment, particularly when used with other medications like NSAIDS and diuretics.  If you have poor kidney function, it is not likely to be the best choice of drug for you.

Tranolapril is a long-term solution that should be taken every day. If you suddenly stop taking it, the amount of angiotensin II in your body will rise again, causing more blood to push through smaller blood vessels. Your hypertension might be even worse because of the sudden change, called rebound hypertension. Instead, you should gradually reduce the dose over a few weeks when you want to stop taking trandolapril.

Trandolapril can decrease the amount of lithium that is excreted from the body, leading to high concentrations and increased risk of side effects. The dose of lithium can be reduced to manage this, or a different antihypertensive medication can be used.

Taking a loop diuretic drug and trandolapril together increases the risk of blood pressure that is too low, particularly for the first few doses. You may need a lower dose or to stop taking the loop diuretic for a few days when beginning trandolapril. Using both may also increase the risk of renal impairment.

NSAIDs and trandolapril can sometimes be used together in young otherwise healthy patients, but it might not work as well to reduce your blood pressure.

Taking a thiazide diuretic and trandolapril together increases the risk of blood pressure that is too low, particularly for the first few doses, and may increase the risk of renal impairment. Using a lower dose is okay for some people but the combination is not recommended for others – it depends on your individual situation.

Trandolapril is not recommended if you are pregnant, breastfeeding or planning to become pregnant in the near future. Doses in the first trimester may cause birth defects and, later in the pregnancy, can lead to renal dysfunction of the baby.

You can take trandolapril when you are breastfeeding. Very small amounts may be excreted in the breast milk, but no side effects have been reported. It is best to monitor for possible signs of low blood pressure in your baby, however, such as tiredness and irritability. 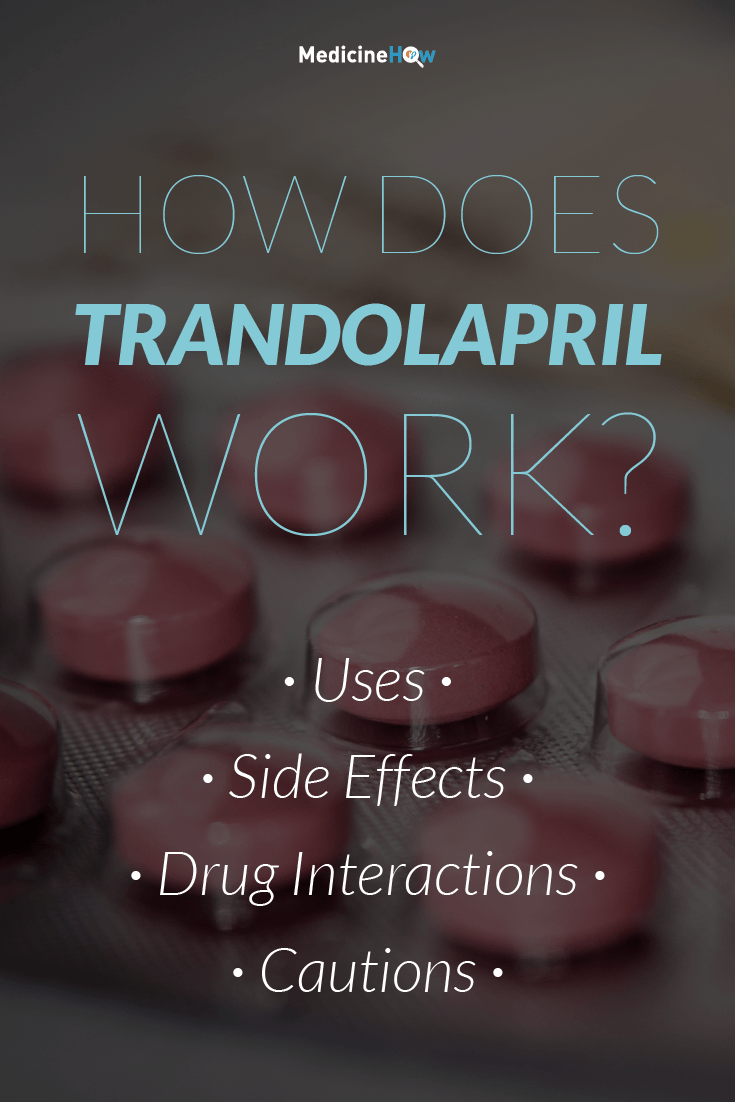