How Does Sodium Nitroprusside Work? - MedicineHow

How Does Sodium Nitroprusside Work? 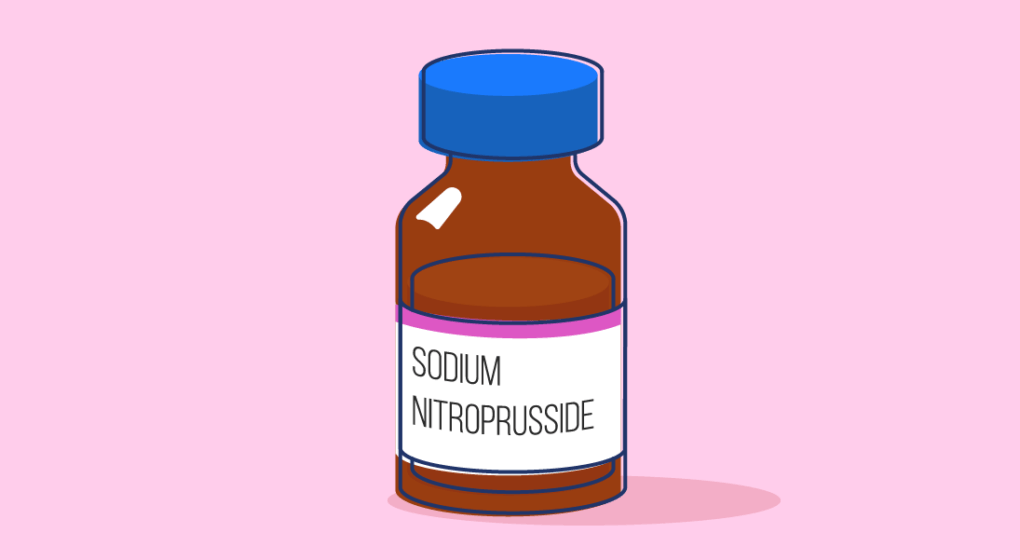 Sodium nitroprusside is a drug given by intravenous (IV) infusion to lower blood pressure in a hypertensive emergency, or to control the blood pressure during surgery and prevent bleeding. It works by releasing nitric oxide (NO), which causes the muscles surrounding the blood vessels to relax and reduces the blood pressure.

Sodium nitroprusside is currently only available as an intravenous infusion that can be administered in an emergency situation in hospital.

The concentration of the drug in your blood can be closely watched and the amount given by infusion changed according to the results. For example, if the concentration starts to get too high and you are more likely to experience side effects, the rate of the infusion can be reduced (and vice versa).

How does sodium nitroprusside work?

Sodium nitroprusside works to reduce the blood pressure by causing the arteries and the veins to become dilated. When the blood vessels become dilated or enlarged, there is more room for the blood to pass through and the pressure goes down.

It does this by binding to oxyhaemoglobin in your bloodstream to break down and release nitric oxide (NO), cyanide and methaemoglobin. It is the nitric oxide that has an effect on the smooth muscle surrounding the blood vessels, causing them to dilate and the blood pressure to go down.

The left-over cyanide that is released when sodium nitroprusside breaks down can also sometimes cause problems due to toxicity if the dose is too high.

Sodium nitroprusside is only used in a hospital environment. It can help to:

Most of the side effects associated with sodium nitroprusside happen if the dose is too high and you end up with blood pressure that is too low, called hypotension. This may mak you feel dizzy, light-headed or you make get a headache.

Other side effects may include nausea, vomiting, sweating, restlessness, muscle twitching and heart palpitations (talk to your doctor to know the complete list).

Also, because cyanide is released as a by-product int he way sodium nitroprusside works, it can sometimes accumulate inside your body and thiocyanate toxicity. This is most likely if you have poor kidney function or renal failure.

There are some cases when sodium nitroprusside should not be used. These include:

Additionally, it can also make some other health conditions worse, such as high intracranial pressure, hypothermia nd pulmonary impairment. As cyanide affect the uptake and binding of iodine, it can also be problematic if you suffer from hypothyroidism.

As sodium nitroprusside works to decrease blood pressure, it can have an accumulative effect when used with other drugs that lower blood pressure and there is an increased risk of side effects such as hypotension.

In particular, it should not be used in combination with phosphodiesterase-5 inhibitors because they work in a similar way and both increase the production of NO in the bloodstream.

For pregnant women, sodium nitroprusside is only recommended as a last-line option when other drugs are contraindicated or ineffective. If used, the pH and thiocyanate concentration in the blood should be closely monitored to check for early signs of overdose.

It is sometimes used in an acute situation for breastfeeding women, but should not be continued for more than 24 hours, as there may be adverse effects for the baby. 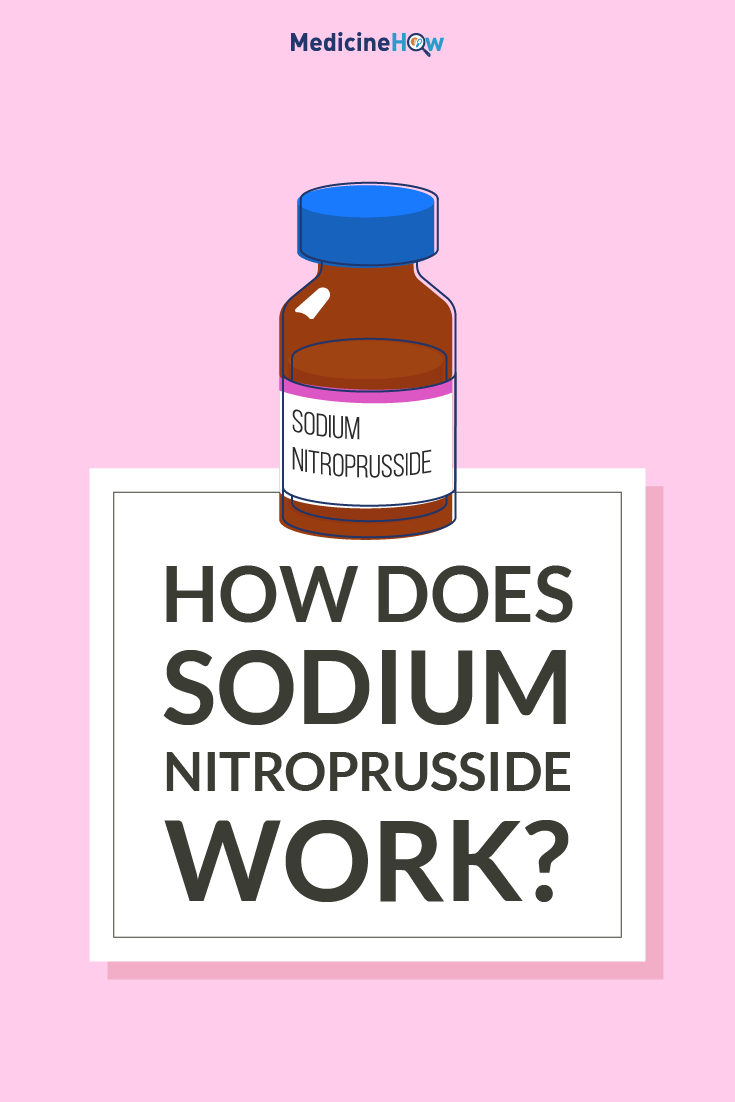