How does Losartan Work?

How does Losartan work? 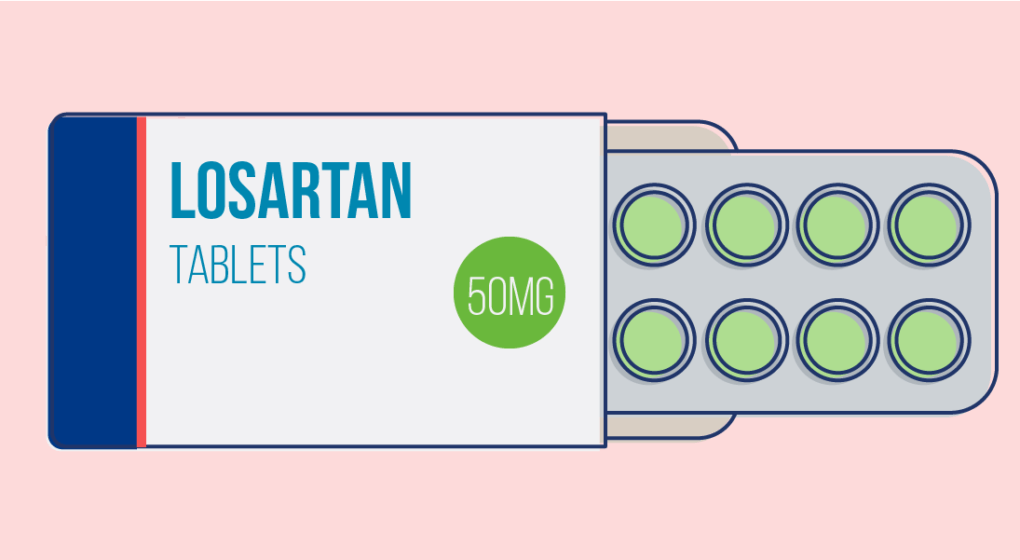 Losartan is a type of drug called a sartan that works by stopping a hormone called angiotensin II from activating a receptor in the body, which normally leads to a slight increase in blood pressure. When you take irbesartan, the hormone can’t work as well as usual and your blood pressure gets lower as a result. This is useful in the treatment hypertension and prevention of worsening from renal disease.

Losartan is the genic name, the name of the active drug found in the medication. You might be more familiar with the brand names, which contain the same active drug but are produced by different companies. They are:

The standard dose is 50mg daily, but you may need to take a lower dose when starting the medication as your body gets used to the effects of the drug. This is often needed if you are taking a diuretic medication when beginning to take losartan.

Losartan works by blocking the angiotensin II hormone from binding to a receptor in the body, which normally leads to certain changes that increase the blood pressure.

With more blood travelling through narrower vessels, the blood pressure is going to increase.When you take losartan, angiotensin II can’t activate the receptor as well as usual. As a result, the opposite effects happen:

Losartan is also sometimes used to decrease the risk of renal disease if you are at risk. People with type 2 diabetes mellitus, hypertension and higher levels of protein in their urine are more likely to have problems with their renal system. Losartan can help to reduce the risk that you will experience problems.

Because of the way sartans affect the body, there are several side effects that may occur when you take Losartan.

The most common side effects happen when the drug is working too well and you end up with low blood pressure. You might have signs of:

This often happens when you first start taking losartan or after a dose increase and usually gets better after a few days as your body gets used to the medication. If you still notice the effects after a week, the dose may be too high for you and your blood pressure too low as a result. You can check your blood pressure to find out at a pharmacy and ask your doctor about if you need to reduce the dose.

One of the ways losartan works is to cause more water to be excreted in the urine than usual, which can upset the concentration of potassium in your body. Less potassium is excreted and it can build up and making you feel tired and you may have muscle weakness

Rarely, some people also get a dry cough when they take losartan. If this affects you, you can talk to your doctor about alternative medication options for hypertension.

There are a couple of things you should be aware of before you start taking losartan, which are listed below:

Renal Impairment –  Changes to the function of the kidney can increase the risk of renal impairment, particularly when used with other medications such as NSAIDS and diuretics.  If you have poor kidney function, an alternative medication for hypertension may be safer.

Stopping Suddenly – If you stop taking it suddenly, you may get rebound hypertension with higher blood pressure than you started with because your body has adapted to taking the drug each day. Instead, it is best to gradually reduce the dose over a few weeks.

Losartan can decrease the amount of lithium that is excreted from the body and increase the risk of side effects. The dose of lithium can be reduced to help manage this, or a different antihypertensive medication can be used.

Taking a loop diuretic drug with candesartan can increase the risk of renal impairment and blood pressure that is too low, particularly for the first few doses. It is best to take a lower dose or to stop taking the loop diuretic for a few days when beginning losartan.

NSAIDs and candesartan can sometimes be used together in young and otherwise healthy patients, but it might not work as well to reduce your blood pressure and can lead to renal impairment.

Rifampicin can increase the rate of metabolism in your body to break down losartan more quickly. This may decrease the concentration of losartan, making it less effective to control your blood pressure. Increasing the dose of losartan can help to manage this.

Taking a thiazide diuretic and losartan together increases the risk of renal impairment and blood pressure that is too low, particularly for the first few doses. Using a lower dose is okay for some people but the combination is not recommended for others – you should talk to your doctor if you’re worried.

Losartan should not be used by women who are pregnant or planning to become pregnant because they can cause birth defects early in the pregnancy and may cause renal dysfunction of the fetus later in the pregnancy.

It is not recommended to take losartan while breastfeeding because there is limited research data available and we don’t know if it is safe. 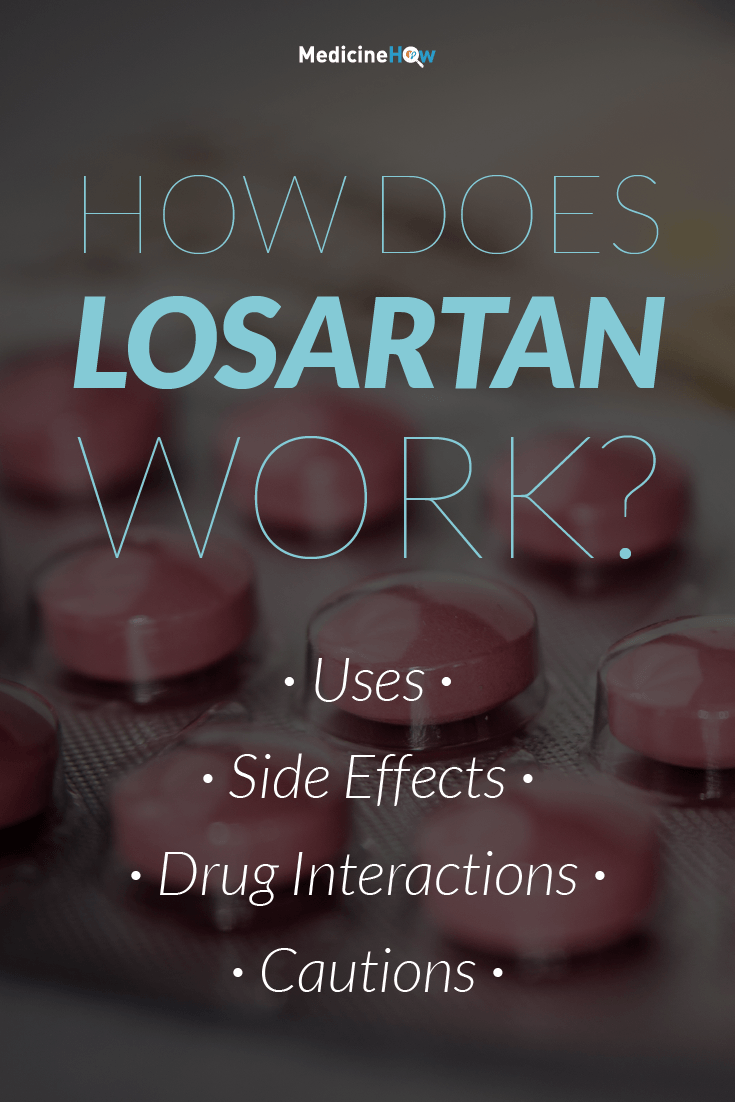