How does Digoxin work? - MedicineHow

How does Digoxin work? 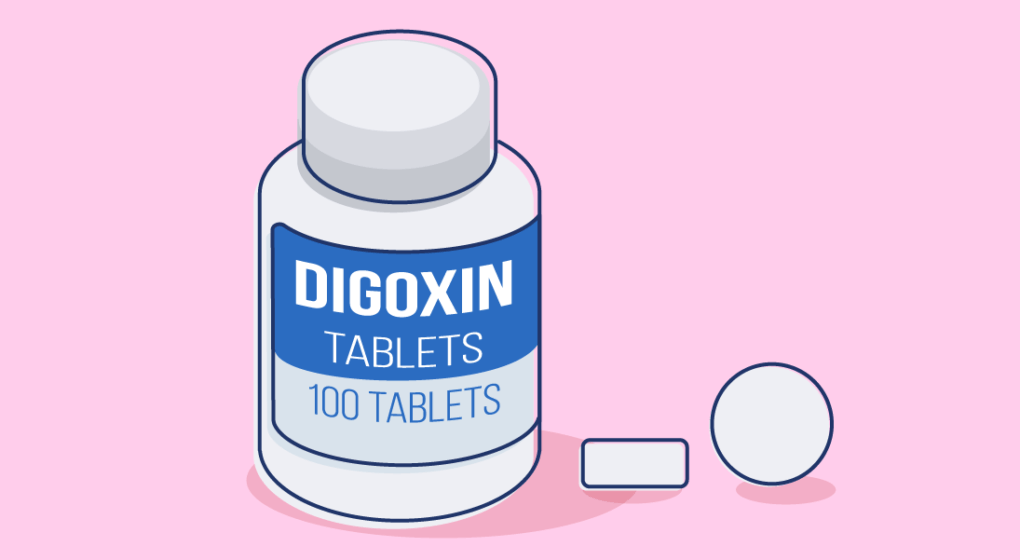 Digoxin is a drug that can be used to treat atrial fibrillation, atrial flutter and heart failure due to the effect it has on the heart. It works to change the rhythm of the heartbeat by increasing the force of the heart muscle, reducing the conductivity of the atrioventricular node and reducing the heart rate.

Digoxin is the generic name of the drug, which is the name of the active component that actually has an effect on the body.

You might also know it better by one of the brand names, Lanoxin or Sigmaxin. These medications contain the same active ingredient but are given a specific name by the manufacturing drug company.

Both brands of digoxin are available in two different doses: 62.5 mcg and 250 mcg. Most people start with a high dose of digoxin (e.g. 250 mg taken four times a day) and then the doctor will gradually reduce the dose for long-term use (e.g. 125 mg once a day). This is to make sure the drug is effective as possible in the beginning, and then as your body builds up a supply of the drug, the daily dose can be reduced.

There is also a formulation for children available: Lanoxin Pediatric Elixir (50 mcg/mL).

Additionally, there is an injectable formulation that can be used in a hospital environment for adults, children and infants.

Digoxin can be used in the treatment of atrial fibrillation, atrial flutter and heart failure, because of the effect it has on the heart.

It can be used on a long-term basis to prevent arrhythmias and control the rhythm of the heart.

Additionally, it can sometimes be used in an emergency situation in a hospital to control arrhythmias in people of all ages, from infants to adults. In fact, sometimes pregnant women may be given digoxin to manage arrhythmias in the fetus.

How does digoxin work?

Digoxin has several actions that affect the action and rhythm of the heart:

Firstly, it increases the force of the heart muscle as it contracts and pushes blood around the body.

It also reduces the conductivity of the atrioventricular node, which slows down the electrical activity in the heart. This means that is takes longer for the electrical cycle that controls the heart beats to be completed and, as a result, the heart rate becomes slower.

Interestingly, if you take a high dose of digoxin an unexpected effect can occur. Instead of reduced muscle excitability, the electrical activity in the heart can increase and you will be more likely to have an abnormal heart rhythm (arrhythmia).

The most serious side effect of digoxin is causing or worsening arrhythmia, which can happen when the dose it too high.

It’s important that your doctor keeps a close watch on the concentration of digoxin in your body to make sure that you are getting the right dose to control the condition without making it worse. This is because there is a very thin line between an effective dose and a toxic dose, so we have to monitor the effect closely.

There are some people who shouldn’t take digoxin, as it can make other health conditions that they have much worse. Digoxin is not likely to be a good choice for you if you have:

There are also some other cases when extra care is needed if you are going to take digoxin.

For example, if you have a fever or hyperthyroidism, the sympathetic muscles in your heart are naturally going to be more tense and the effect of digoxin will be less obvious. Depending on the exact situation, your doctor might need to increase the dose of digoxin, or add another medication. On the other side, if you have hypothyroidism, your heart muscle will be more sensitive to the digoxin and you may need to decrease the dose.

Additionally, some other conditions can increase the risk of arrhythmias. These include acute myocardial infarction, ischaemic heart disease, myocarditis or an electrolyte imbalance (e.g. hypokalemia, hypomagnesemia, hypercalcemia, acidosis, hypoxia). If you have sick sinus syndrome, you are also more likely to have a slow heart rate, known as bradycardia.

Digoxin can interact with many other drugs.

The most common interaction is drugs that cause the concentration of digoxin to increase, making side effects more likely. In most cases, this interaction can be managed by simply reducing the dose of digoxin. Drugs that can have this effect include:

On the other hand, some drugs cause the concentration and effect of digoxin to be reduced. In this case, increasing the dose is usually the best way to manage the interaction. Drugs with this effect include:

Some drugs can also affect the way digoxin is absorbed from your stomach and into your bloodstream. In this case, changing when you take the doses can have the best effect.

Finally, some particular combination are linked to an increased risk of serious arrhthmias. This includes the combination of digoxin with pancuronium or suxamethonium. If possible, these combinations should be avoided or your doctor should check closely for signs for arrhythmias.

Digoxin is safe to be used in pregnancy, although it is often difficult to predict the right dose. In fact, it is sometime give to pregnant women specifically to treat fetal arrhythmia

It can also be used safely during pregnancy. 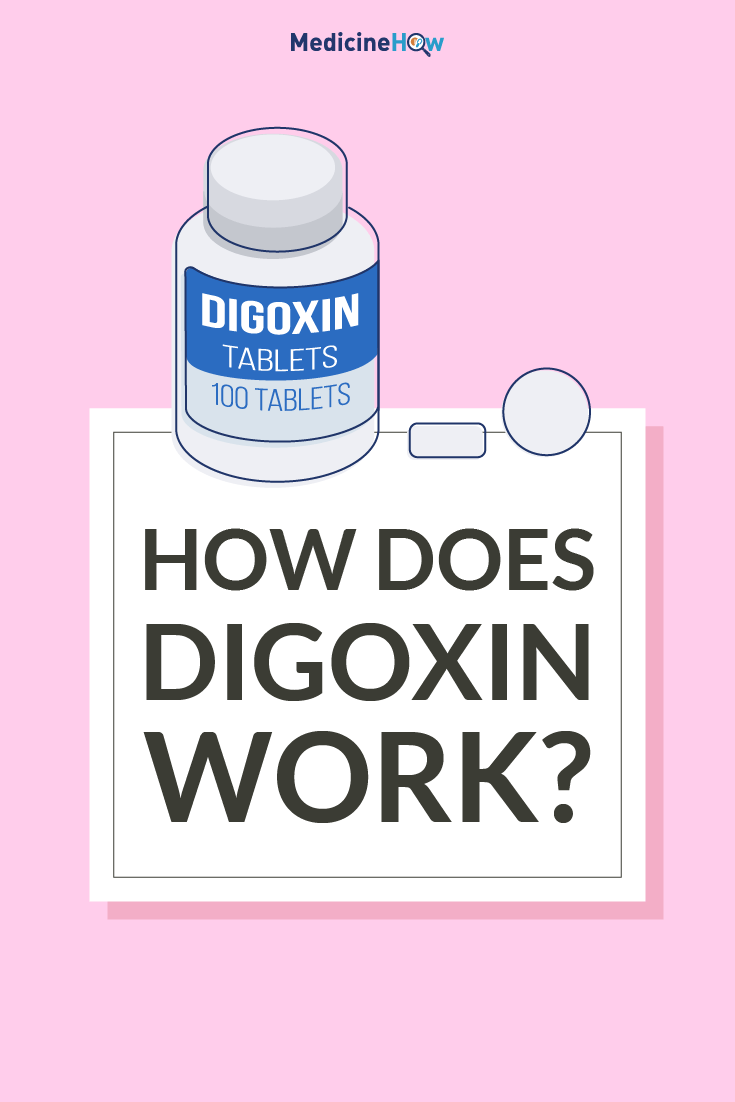