How does Cholestyramine work? - MedicineHow

How does Cholestyramine work? 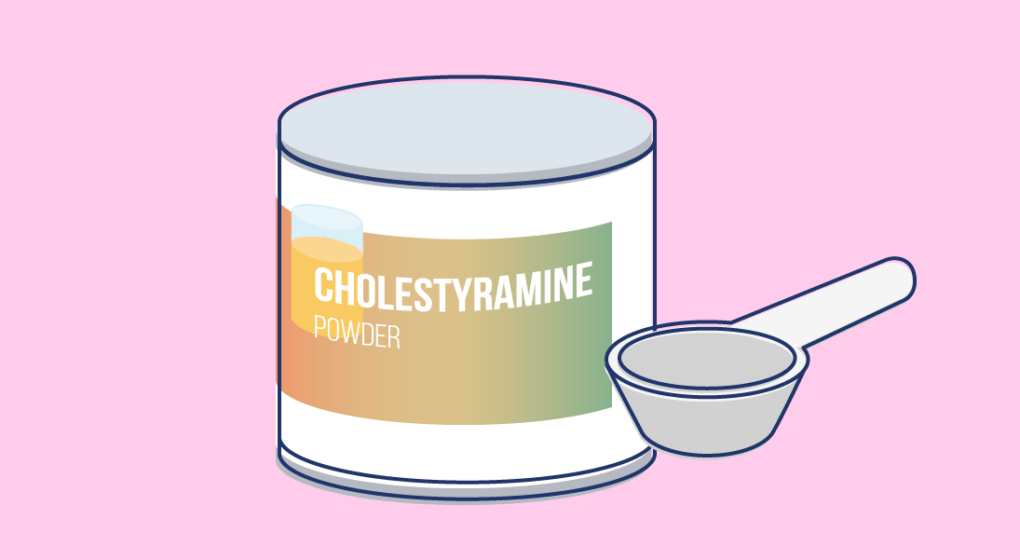 Cholestyramine, also known as colestyramine, is a type of drug called a bile acid binding resin that works by binding to the bile acids in the intestinal lumen so that they can’t be absorbed into the bloodstream. This has a number of effects on the body, including to reduce the LDL cholesterol in your blood and reduce your risk of cardiovascular events such as heart attack and stroke, as well as treating some other problems of the gastrointestinal tract.

Cholestyramine is the generic name of the drug, which is the active component that has an effect on your body. You may also know it by the brand name, the name given by the drug manufacturing company, which is Questran.

Questran is available in a powder form in sachets, which can be mixed with water or another fluid to be taken as a dose.

Most people begin taking one 4 g sachet twice a day and the dose can gradually be increased until the LDL cholesterol in your blood reaches a safer level. Your doctor will usually schedule a follow-up appointment about a month after starting to take cholestyramine to monitor the effects of the drug and make changes if needed. This allows your body time to adjust to the drug and reduces the risk of side effects, rather than starting with a dose that is too high. Most people will eventually take 3-4 sachets per day in 2-3 separate doses.

Colestipol is another drug in this class that works in a similar way to bind to bile acids and stop them from being absorbed into the blood stream. Both of these medications can be used to lower LDL cholesterol and several other indications, as outlined below.

What is cholestyramine used for?

Cholestyramine can be used to manage:

Cholestyramine should only be used in combination with diet and lifestyle alterations and not as a substitute for healthy living choices.

How does cholestyramine work?

Bile acids resins like cholestyramine work by attaching to bile acids in the intestinal lumen and preventing them from being absorbed in the blood and the rest of the body.

This means that more of the cholesterol in your body will need to be used to produce bile acids in the body and maintain the natural balance. As a result, the concentration of LDL cholesterol reduces in the blood.

This is useful to prevent cardiovascular events because LDL cholesterol is involved in the production of plaque in the blood vessels. The plaque can build up, called atherosclerosis, and obstruct or block the flow of blood and lead to cardiovascular events such as a heart attack (myocardial infarction) or stroke.

Most patients can take cholestyramine without any noticeable side effects but you may notice some changes such as:

If you notice any of these side effects, it is likely that the dose of cholestyramine is too high and you should talk to your doctor about lowering the dose to reduce the effects.

It’s worthwhile to be aware of the  possible side effects of cholestyramine so that you can recognize the signs and talk to your doctor about decreasing the dose if needed.

There are some people who shouldn’t take or need extra care when taking cholestyramine.

Cholestyramine can reduce the efficacy of several other drugs that you may take because it can also stop the drugs from being absorbed from the intestine as well as they usually would. Drugs that can be affected include:

In most cases you can take both drugs together, but you will need to separate the doses so that they are absorbed from the intestine close to normally. Your doctor will usually advise you to take these drugs 1 hour before or 4-6 hours after taking cholestyramine.

Cholestyramine can sometimes be used in pregnancy under the advice of a medical specialist, depending on the particular circumstances. If you take cholestyramine and are trying to conceive, it is best to talk to your doctor about your options and the best choice for you.

Cholestyramine is not recommended for women who are breastfeeding due to the effect it could have on the baby if excreted in breast milk. 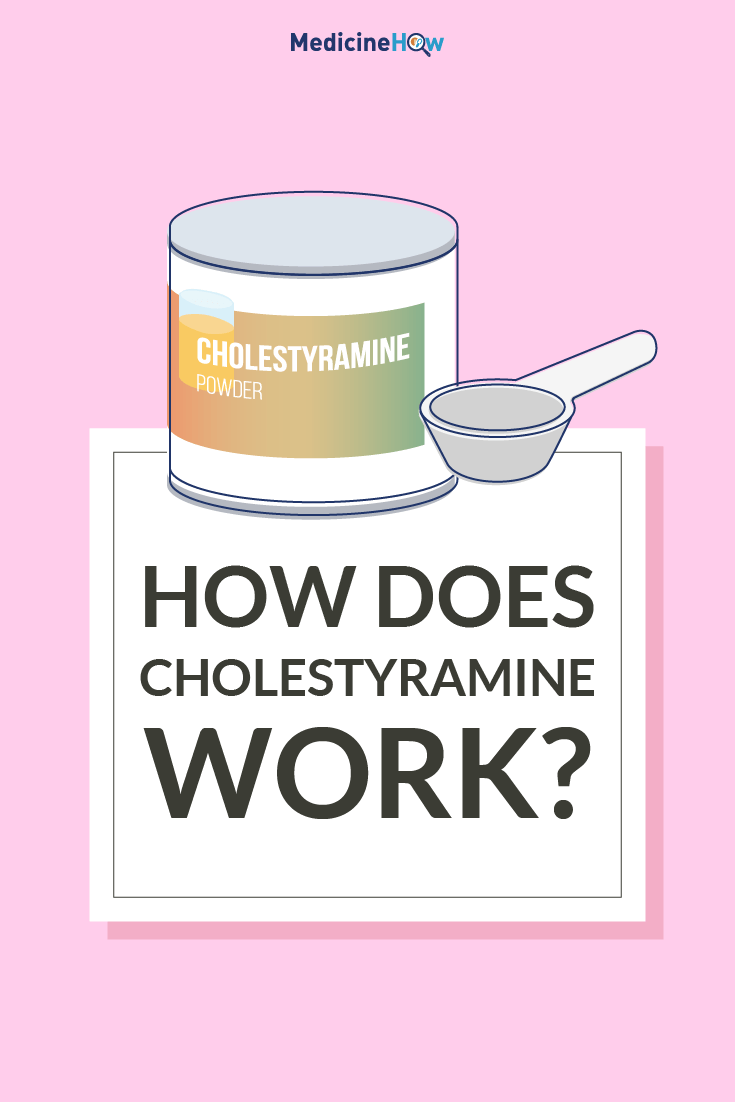