Why do cancer patients take drugs that cause cancer?

Why do cancer patients take drugs that give them cancer… again? 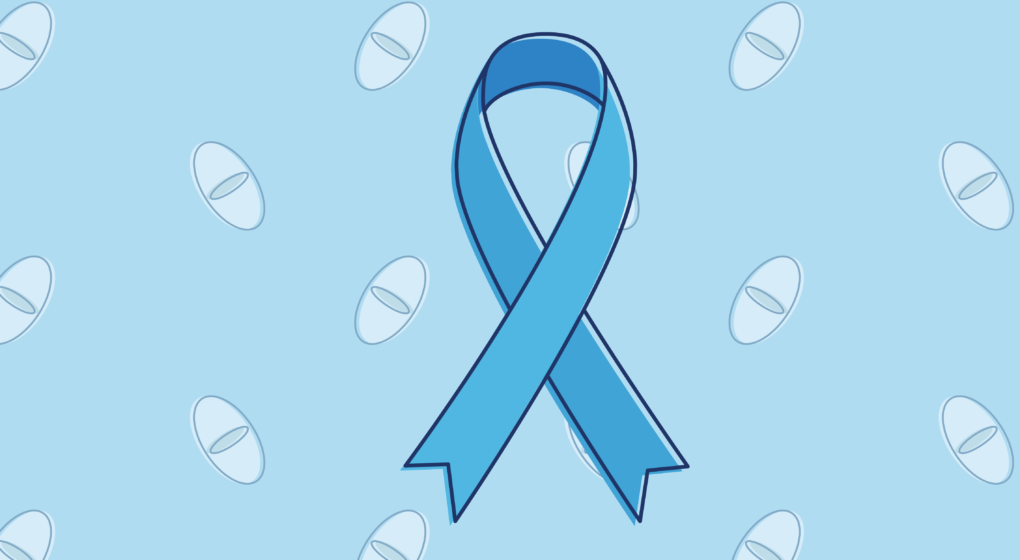 When you finally reach the end of the tunnel after a tough few months or even years of surgery, chemotherapy, radiotherapy and countless hospital visits, the last thing you want to hear is your doctor explaining that the medication he wants you to take puts you at risk of getting cancer. One of the drugs that cause cancer.

Shockingly, that is exactly what happens to thousands of people around the world.

When it happened to a close family member of mine, I understood what this really means on a personal level.

Cancer is physical and emotional turmoil. The trials one goes through in an attempt to recover are unbelievable.

We’re lucky to have relatively effective treatments like chemo and radiotherapy available to us – they save a lot of lives every day – but they put cancer patients and their families through the wringer.

Nothing is how it used to be before cancer and its treatment came along. And when you reach the other side, when the doctor finally says that they’ve done all they can and the cancer cells are at an undetectable level – for now, at least – the only thing a cancer survivor wants is normality.

Yet in reality, they are being told to take drugs that may give them cancer. Again.

In a nutshell, it comes down to science and law.

Science: It’s all about risk

The particular case that occurred to someone I know involved hormone positive breast cancer. What this means is that the breast cancer fed on the oestrogen in her body; the hormones encouraged the growth of the cancer.

It seems logical to reduce estrogen levels when the treatment is completed and the best part of the cancer is eradicated. Theoretically, it should stop or at least slow the regrowth of any cancer cells that may come back.

This is also true in reality. Many studies have shown that anti-oestrogen drugs, such as tamoxifen, reduce the proportion of women that die due to breast cancer at 5 and 15 years after diagnosis (read here and here). Presumably, this pattern would continue beyond this time, however no studies have followed women beyond 15 years to date. 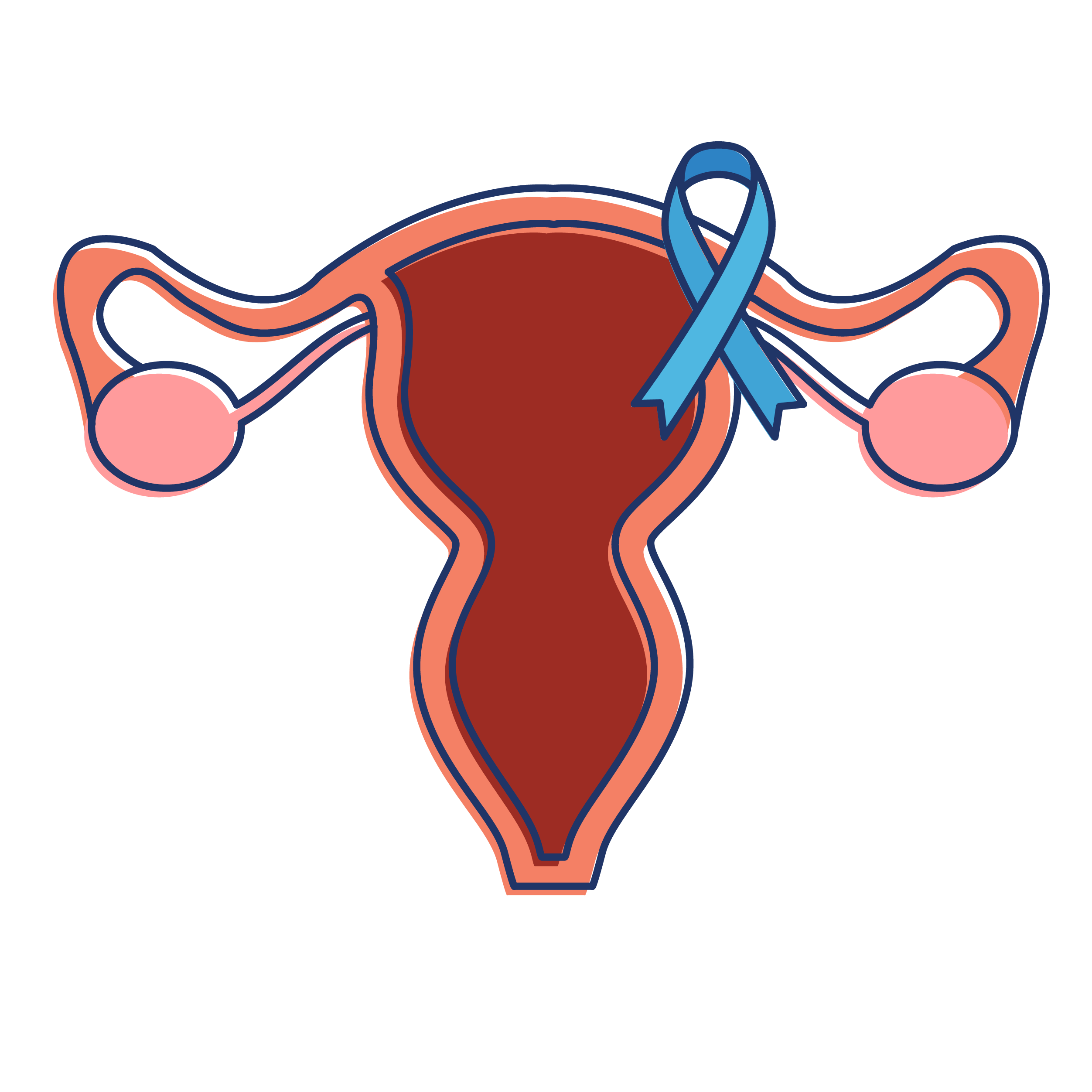 Therefore, the research supports the use of anti-oestrogen drugs – women who take drugs like tamoxifen after cancer
treatment have been shown to live longer as a result.

The problem is that its effect on the estrogen hormone also changes other things in our body.

For example, it has a bad effect on the endometrial lining. Specifically, the use of anti-oestrogen drugs puts women at risk of endometrial cancer (read here).

Yes, the drug used to stop breast cancer may give people endometrial cancer instead.

Let’s say there are ten women who have just finished chemotherapy.

If none of them take drugs after chemotherapy, perhaps five of them would die within ten years as a result of their breast cancer reappearing and five would be healthy.

If all of them take an anti-oestrogen drug like tamoxifen, perhaps two would die within ten years as a result of their breast cancer coming back anyway, one would die as a result of endometrial cancer and seven would be healthy.

In this case, two people will die from breast cancer regardless of whether they take a drug. While one woman will suffer from taking the tamoxifen, three lives will be saved. 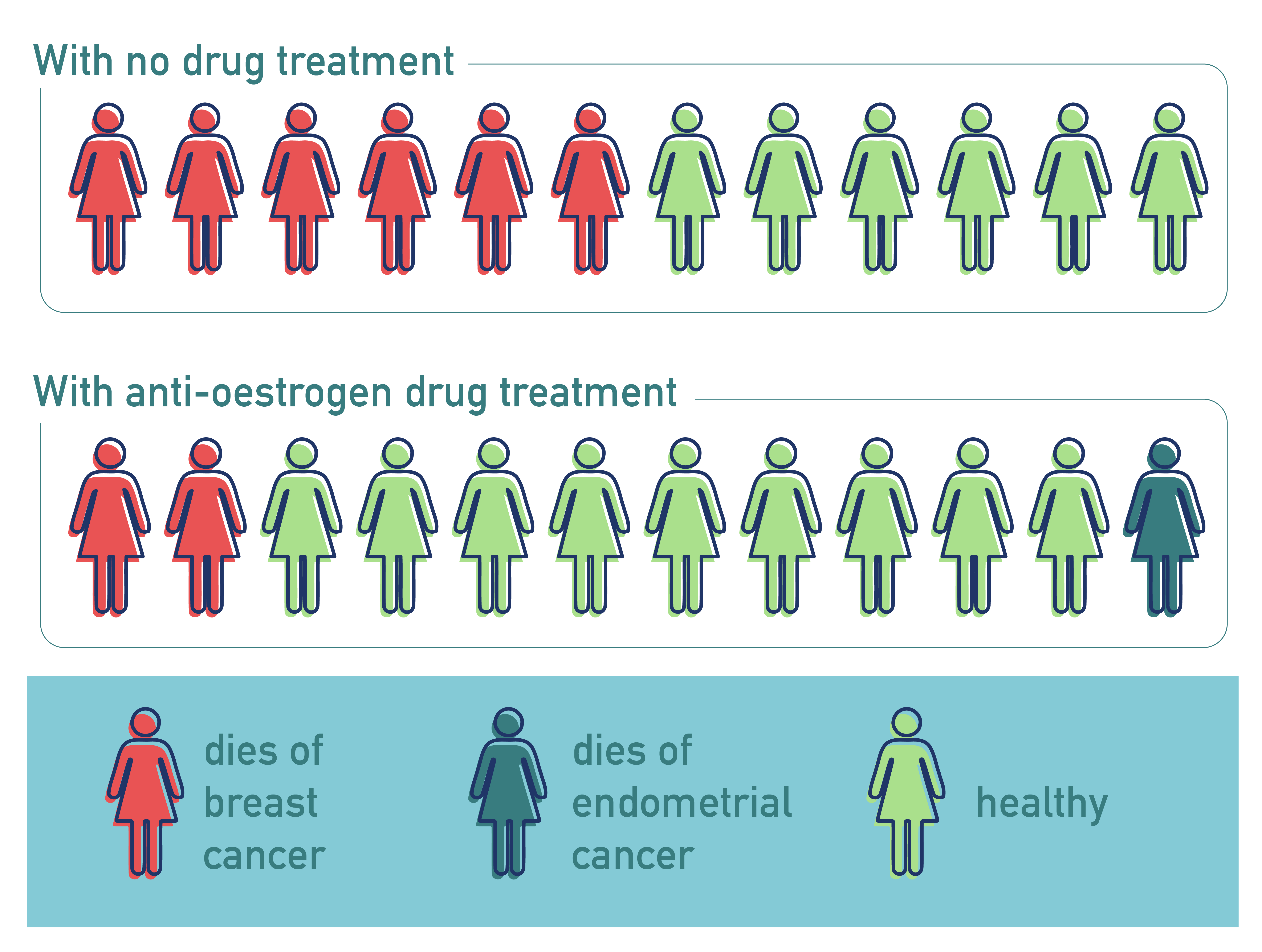 The thing is, we don’t know for sure which woman is which. We can only make guesses by considering each individual.

How likely is their breast cancer to come back? Do they have a history of endometrial cancer?

But we can’t know for sure, and sometimes we need to make decisions based on the general population.

For every ten people that take an anti-oestrogen drug, two more will be alive after ten years as a result of taking the drug.

These numbers are obviously made up and simplified for understanding, but the principles behind medical decision making are the same.

It’s the reason why we give recovering breast cancer patients a drug that may give them cancer again.

Law: It’s all about warnings 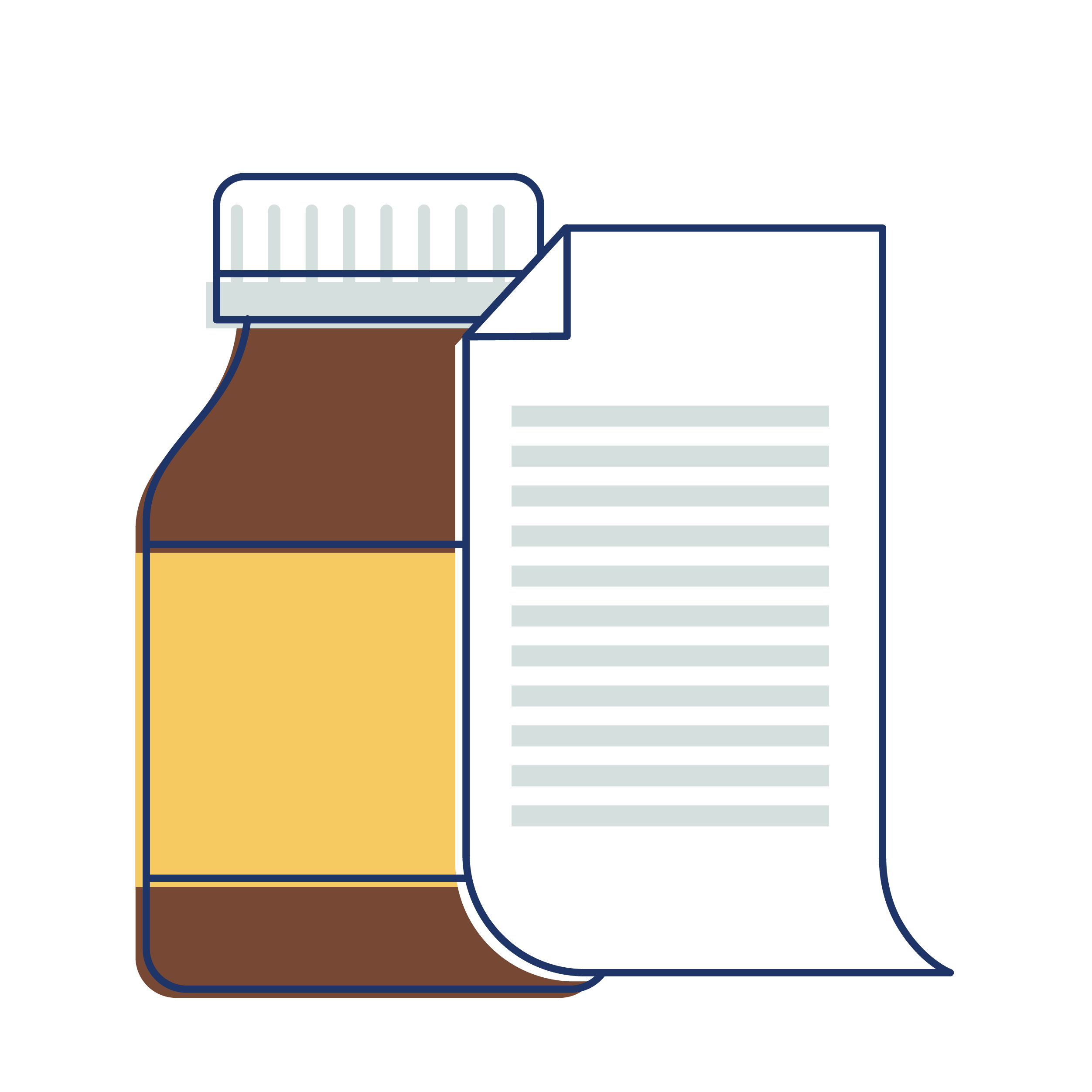 In this world of blame and lawsuits, no one wants to be sued. We take every measure to save face, wherever and whenever it
is possible.

This means being very upfront about everything involved.

It’s the main reason we scroll through the long list of conditions and click “I agree” without actually reading it when attempting to do anything on the internet.

The company has to cover their ass, and no one has the time to actually read all of the things it has to cover.

For medicine, this means being very clear about what to expect when taking a medication.

Just like clicking “I agree” without reading the terms, I’m betting the majority of people don’t read the entire medicine information leaflet.

Perhaps you would be surprised if you did. By law, the companies must list every single side effect that has been reported for the drug, and some of them aren’t pretty.

While most people wouldn’t know what most of these things are at first sight, a quick Google search would be enough to scare the living daylights out of them and tempt them to leave the unopened medication on the shelf.

Drugs that Cause Cancer: The Result

The result of this is utter confusion for the just-finished-chemotherapy patient.

They should be celebrating, but instead they are experiencing side effects from the new hormonal drug that makes them experience a whirlwind exaggerated for of menopause. Additionally, they need to watch for signs that could indicate possible endometrial cancer.

It can seem hopeless and I know from talking to people who have experienced this that the temptation to stop the drug is high, especially if you are one that experiences bad side effects from the drug.

While I believe it is a positive (and essential) thing that we are legally obliged to give patients all the information we have about the drugs they use, I know it is disheartening for someone who has just been through the turmoil of cancer to hear they are putting themselves at risk of getting cancer again. Especially if they don’t understand the risk and the reasoning behind taking the anti-oestrogen medication.

But understanding that drugs like tamoxifen have a positive effect on the whole, despite having some undesirable effects as well, is important. To understand the risk, and why taking the drug could help to extend their life.

It’s a bet of sorts, and the prize is life. You get to choose where to put your money. 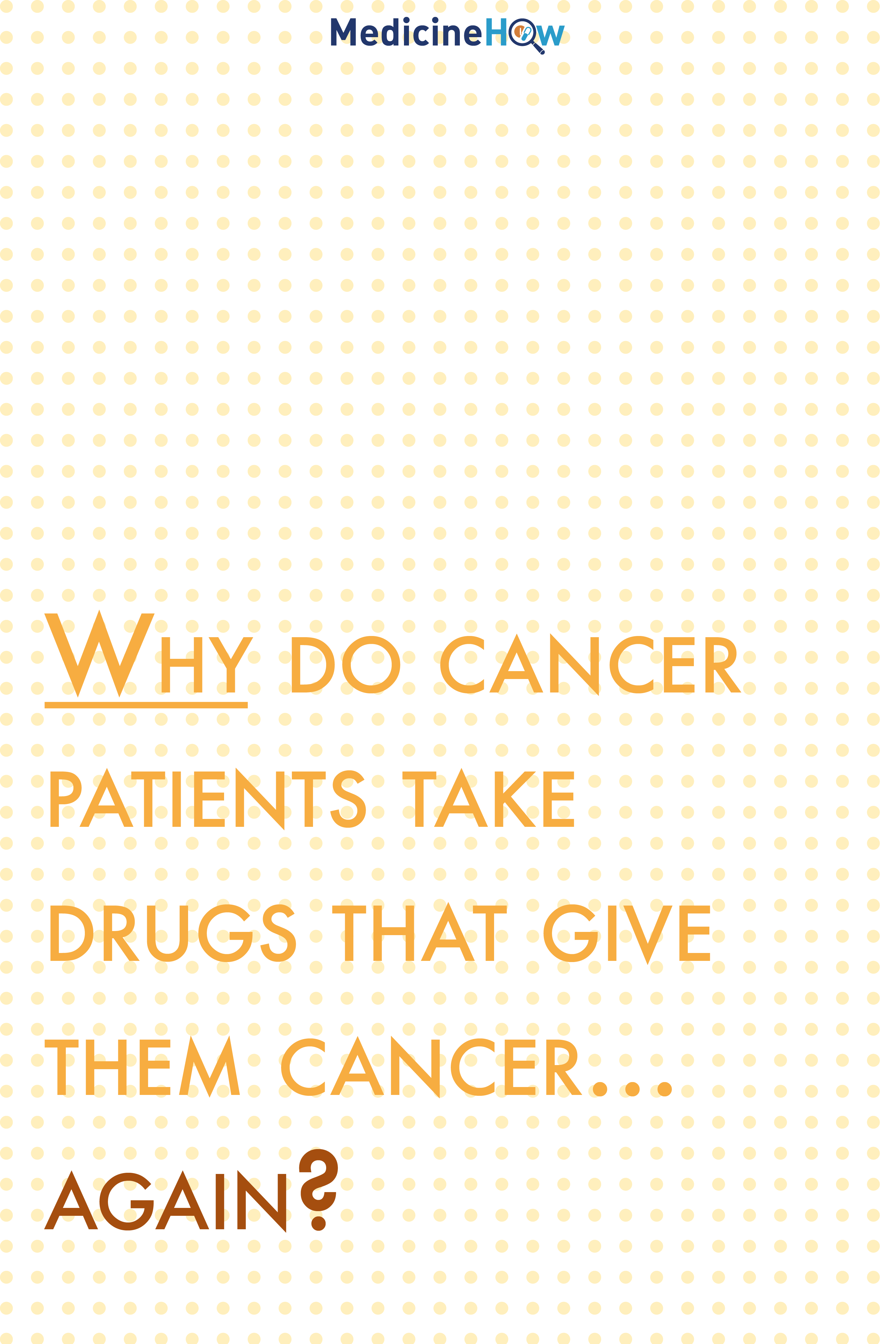 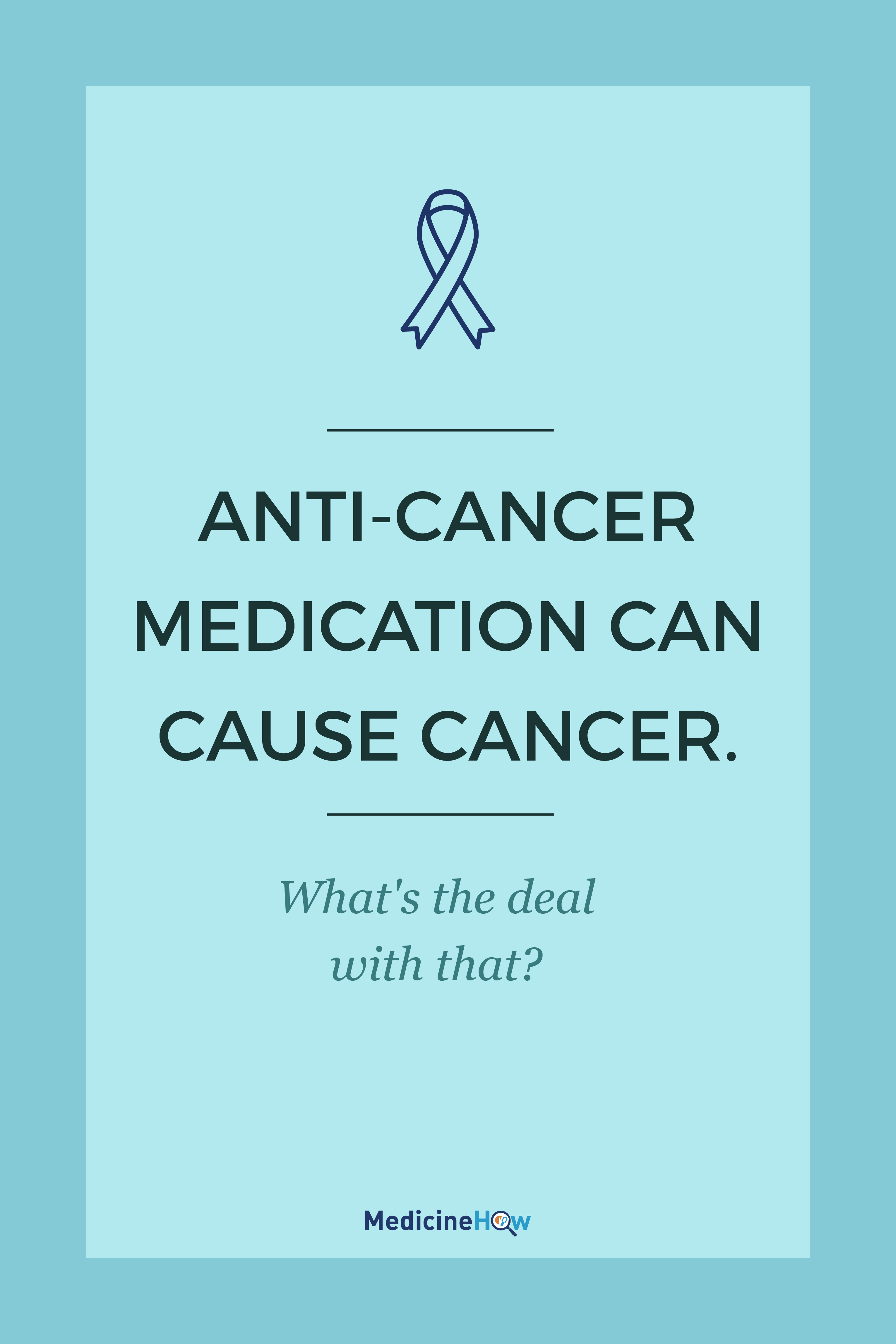 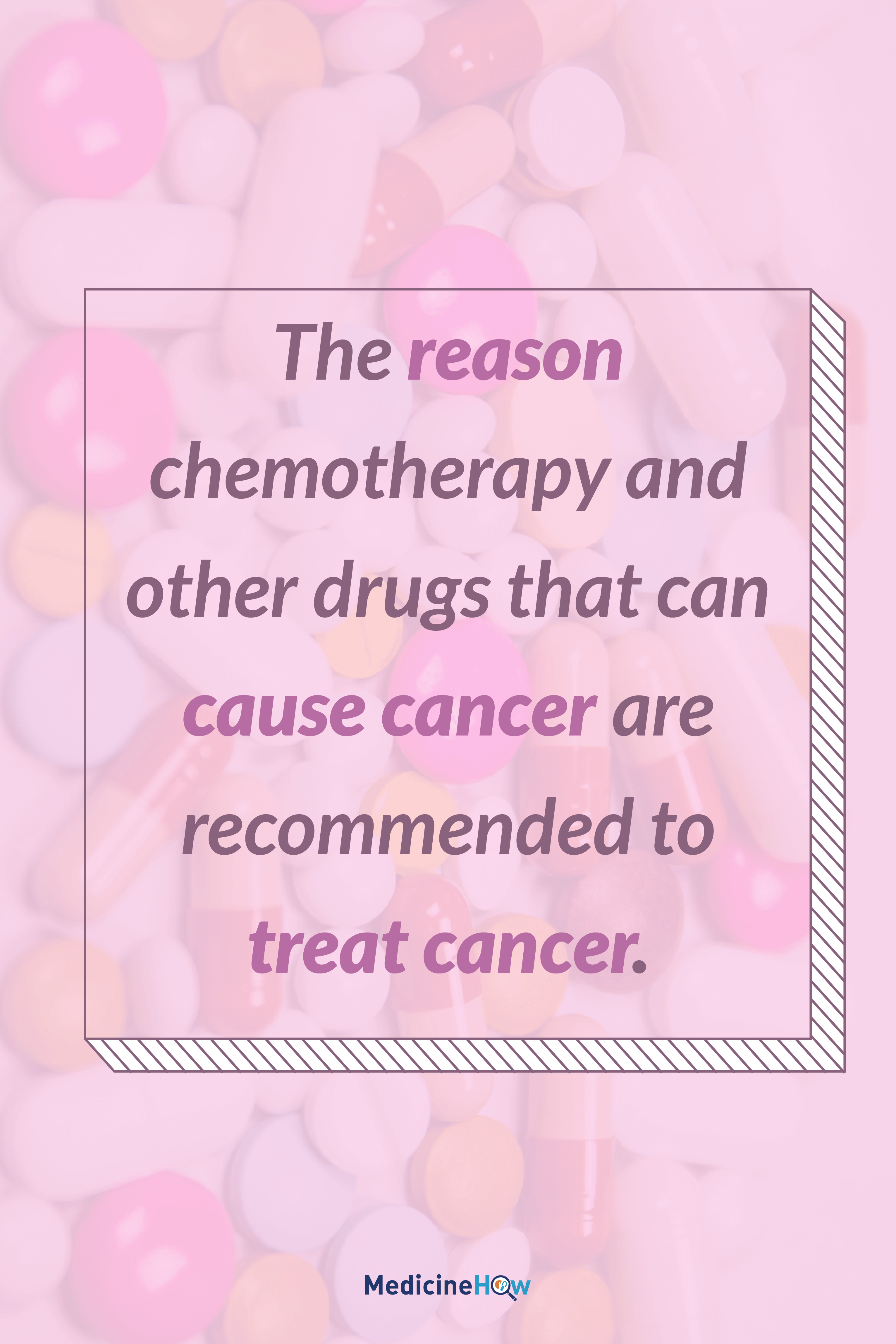