Pregnancy and Alcohol: Is it okay to have a glass of wine?

Pregnancy and Alcohol: Is it okay to have a glass of wine? 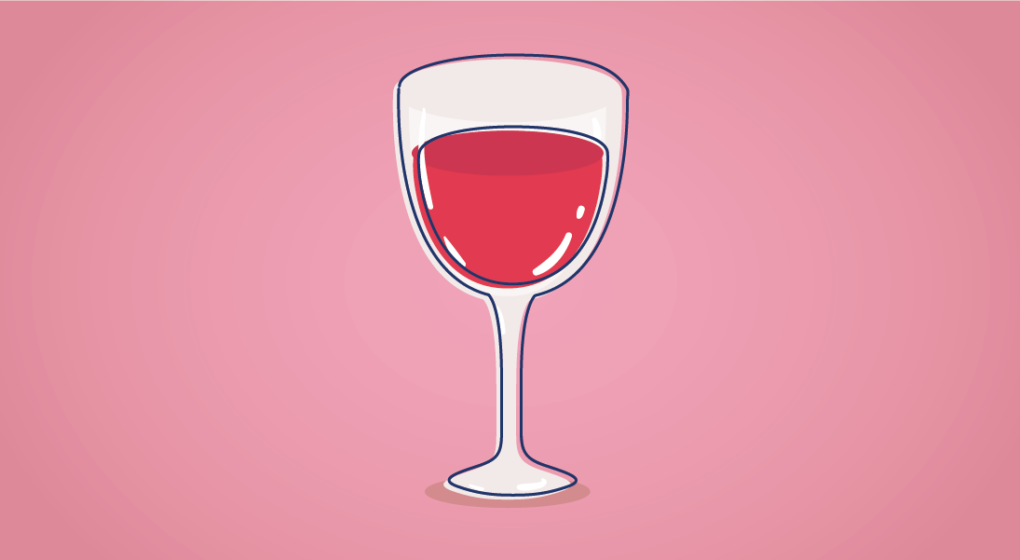 To drink or not to drink is a topic that has many pregnant women baffled. There is a lot of conflicting advice about pregnancy and alcohol, both on the internet and from people you know – some claim they had a glass or two whilst they were pregnant and the baby was fine whilst others ask why it is worth the risk. Only nine months without alcohol, with no increased risk of abnormalities in the baby – worth holding out right?

Well, it probably is. If not drinking doesn’t phase you this is probably a good way to go. But I also think it is okay to have a glass of wine every so often. Bear with me, and I’ll explain why.

Why should we avoid alcohol when pregnant?

First of all, we need to be clear about why people are avoiding drinking alcohol when they are pregnant in the first place.

The reason we feel effects when we drink alcohol, is because alcohol is able to move freely throughout the body and cross the blood-brain barrier to affect the way our brain is functioning directly. Due to this uninhibited movement, alcohol can also pass to the placenta of a pregnant woman and reach the bloodstream of the unborn baby. Just like us, the alcohol can move throughout the baby’s body, also reaching their developing brain. This, obviously, is worrying. Not only is the thought scary, but there is strong evidence that proves drinking alcohol while pregnant can be harmful to the baby’s development.

At different periods throughout pregnancy, different parts of the fetus are being developed, which affects how damaging the pregnant mother drinking alcohol can be. This is a nice pictorial representation of the baby’s development in the womb.

Stages of Fetal Development in Pregnancy

In the graph, the part in orange is when the core development of each part happens. The part in blue is also development, but after the main structure has been formed.

As you can see, just two weeks after conception the central nervous system begins to be formed. This is a little scary, as many women may not realize they are pregnant until after this time and may already have done some damage by drinking alcohol before they receive the news that they will become a mother. At 20 weeks, the majority of the central nervous system has been formed, but the brain is still growing until the full term of the pregnancy. It makes sense then, that the first half of the pregnancy is the worst time to drink alcohol, but can be damaging to the development of the brain through to full term.

Beyond birth defects, drinking alcohol can also affect the risk of miscarriage. The alcoholic “dose” the baby receives from the mother’s bloodstream can be toxic for the baby, to cause spontaneous abortion. Hence it is closely related the amount of alcohol the mother drinks at a particular time (read here, here and here).

Given all of this evidence against drinking alcohol while pregnant, how can I possibly make the claim that it is okay to have a glass of wine?

Well, let’s take another look at the evidence we have on hand, with a fine dose of rational thinking.

Can alcohol be beneficial?

Firstly, I want to make the point that drinking alcohol in moderation can have a positive effect on the general health.

If consuming small quantities of alcohol can be beneficial for the general population, why are we advising to avoid it entirely in pregnancy?

This is a question that many women have been asking themselves when expecting.

What does the evidence about light drinking in pregnancy say?

Well, there isn’t any credible evidence that I could find that claims that light drinking in pregnancy is harmful to the baby.

To add to this view, some studies have that found pregnant women who drink small quantities of alcohol when pregnant, actually ended up having healthier babies than those who didn’t drink at all. Sound a little upside down and back to front, right?

This study was very well run, following nearly 3000 pregnancies from when they were conceived to 14 years after the birth of the children. Mothers were asked to record their drinking habits in a non-judgemental manner during their pregnancy (not afterwards by recall), and the children were tested for mental function and other tests at periods as they grew up. Like I said, the babies of those who drank a little but not a lot, turned out to be healthier than either those who drank too much or not at all. Admittedly, other factors are undoubtedly a play here, too. For example, those who drank controlled amounts of alcohol were usually from a higher socioeconomic class with more education, hence these factors may have contributed to the health of their babies.

So we’ve got a rough sketch of both sides of the fence, which brings us back to the original question.

Pregnancy and alcohol: Is it okay to have a glass of wine?

My answer is a resounding yes.

At the crux of the issue is the fact that it is simply not viable to conduct a credible study on the matter. To do so, we would need a large number of women who are willing to put their unborn babies at possible risk by consuming a liquid that may or may not be alcohol (thanks to our good friend, Mr. Placebo), and measure which babies end up having birth defects. Hardly practical, nor ethical.

So what do we have to go on?

Essentially, we’ve got our gut and our smarts.

We know from experience and from many studies that drinking alcohol in excess can be harmful. All of the studies I have linked to in this post agree on this point, and I heartily agree that all pregnant women should avoid drinking large quantities of alcohol.

But where should we draw the line?

In this modern world of law suits and real-life blame game, many health practitioners have advised to avoid alcohol completely. This saves their face and has become common pregnancy advice.

To the contrary, I think it is okay to have a glass of wine while pregnant. While there aren’t enough quality studies to prove it’s certainly safe, none say it’s deadly, either. It’s like everything; harmful in excess.

So you’re pregnant and you want a small glass of wine with dinner?

I’m not going to judge you.

Drinking alcohol while pregnant is a very controversial topic. While I’ve tried to back up my opinion with good research, it is not the only opinion, nor the only right answer. I’d love to hear from you, whether you agree or disagree. I’m always up for a hearty discussion! 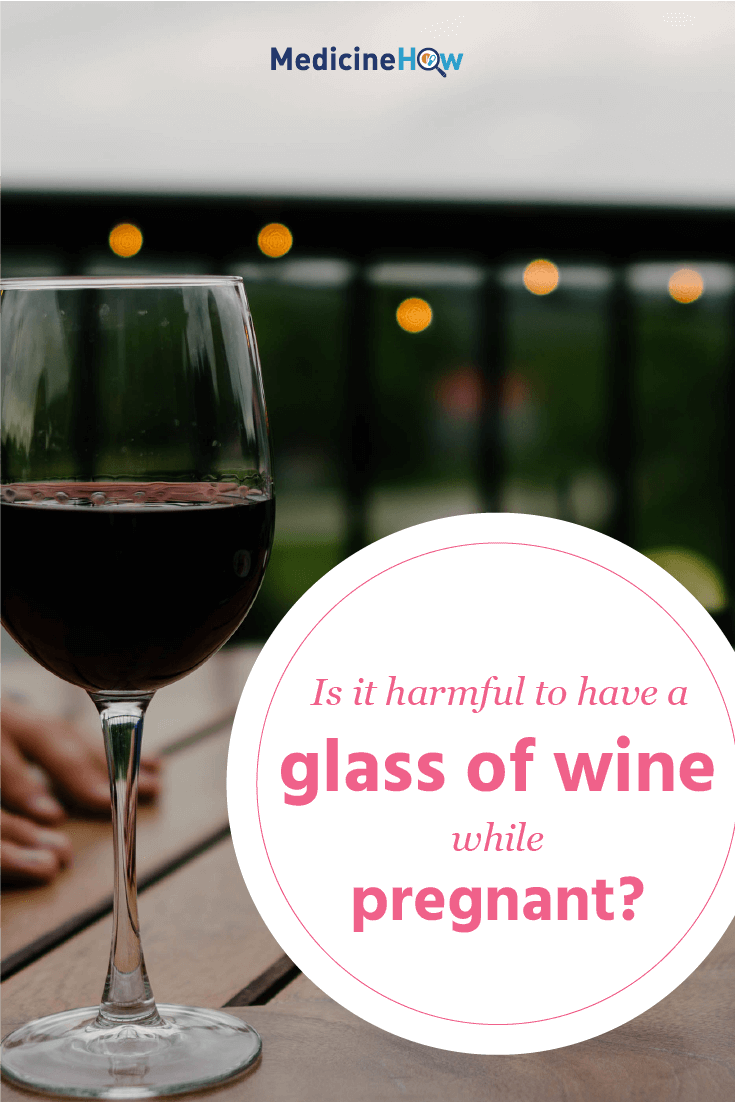 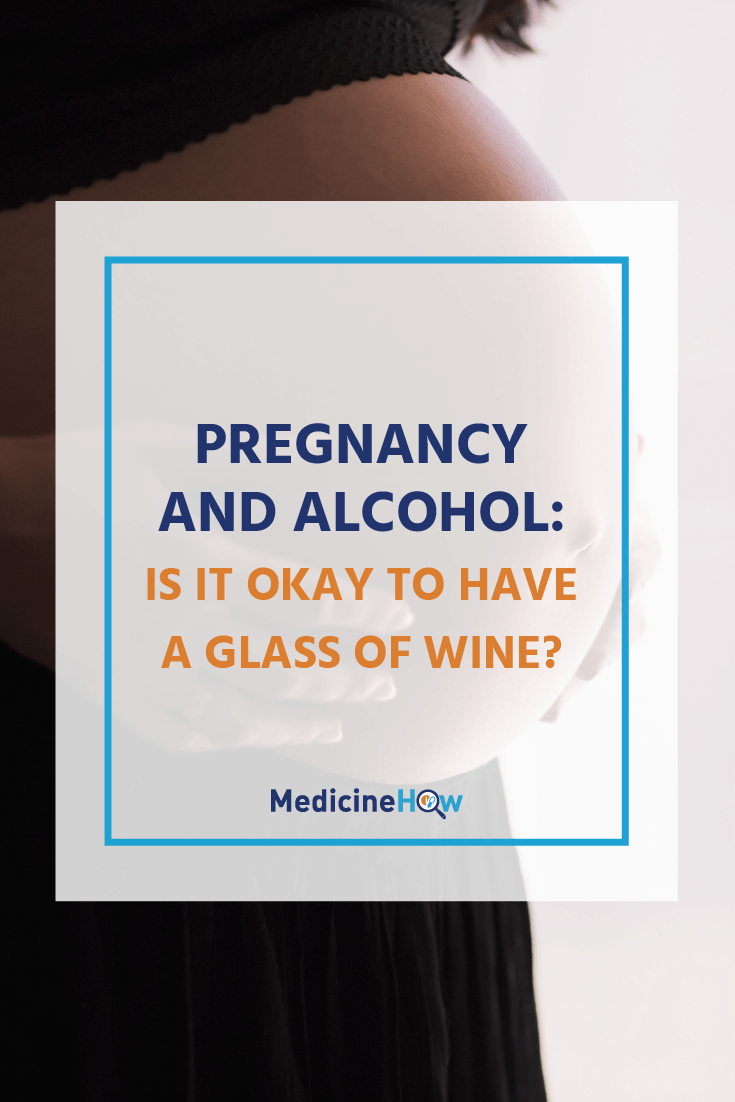 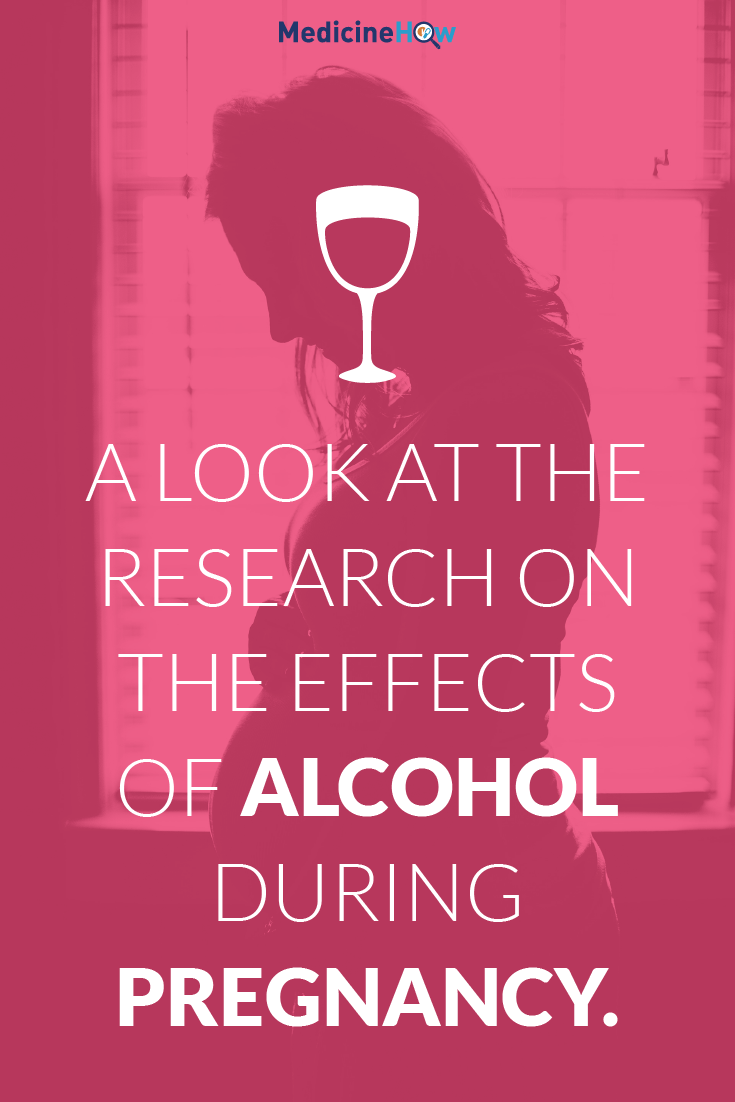 An Over-Medicated Society in a Band-Aid World