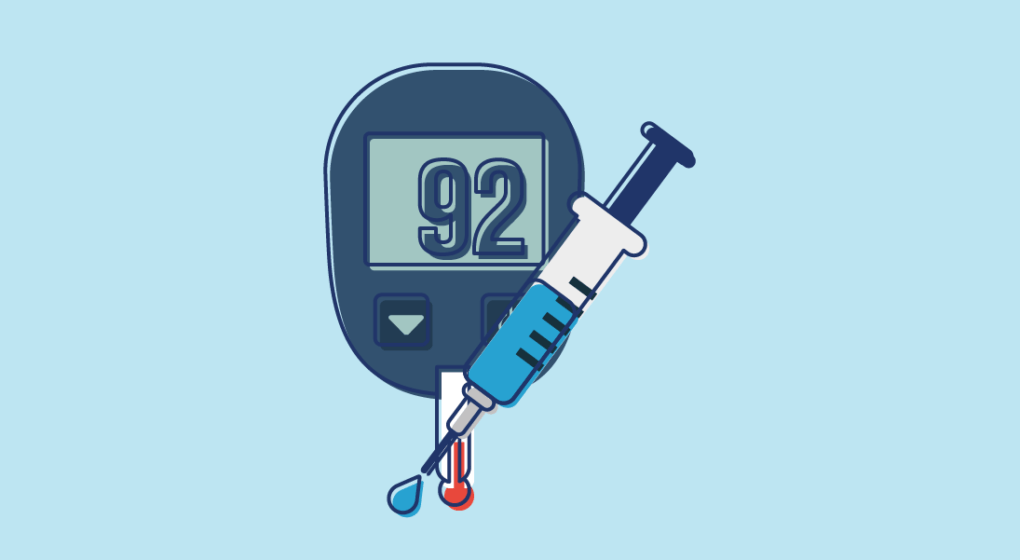 One method for managing lack of insulin in the body for people with diabetes is to simply give some already formed insulin to them so that the body doesn’t need to produce it itself. Insulin for diabetes management is very common, particularly for people with Type 1 diabetes, when the cells needed to produce insulin have been destroyed and at this point in time we don’t know how to “fix” the cells to make them begin the production process again. Here we’re left with the sole option to give insulin to them.

Pretty neat idea, although not quite as simple as it sounds. It’s not exactly like a multivitamin that we can take once a day with a glass of water. No, insulin calls for an injection.

Insulin for Diabetes Management: Why an injection? 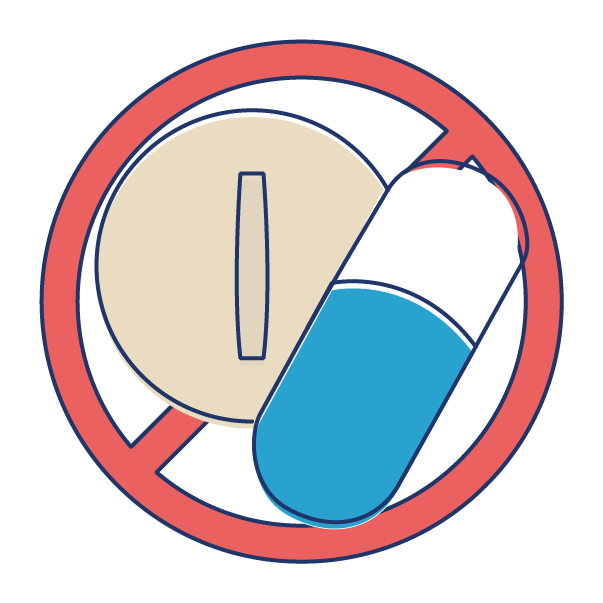 Undoubtedly, the easiest was to take medication is to swallow a pill, so why exactly isn’t this an option for insulin?

Insulin is a hormone that we need to travel around the bloodstream in order for it to work properly. When we take it orally, even a short time in our stomach on its way to being absorbed into the bloodstream renders the insulin useless because the stomach acids inactivate it. The medical term for this is low bioavailability, which means only a small amount (or none) reaches the bloodstream of what we actually consume.

Where does this leave us?

We need to find a new method of administration, which brings us to injections.

While it would technically work to inject the insulin directly into the vein, it is not very practical as many things can go wrong and usually only a doctor, nurse or pharmacist is able to do this. It certainly wouldn’t be convenient for people with diabetes to visit a health professional several times a day for insulin injections.

Instead, we inject the insulin into fatty tissues in the body, such as the abdomen, arms, thighs and buttocks. This is safer and from there it slowly moves through the tissue and makes its way into the blood stream.

It is important that we rotate the position where the insulin is injected, otherwise the insulin can accumulate and you could end up looking like this: 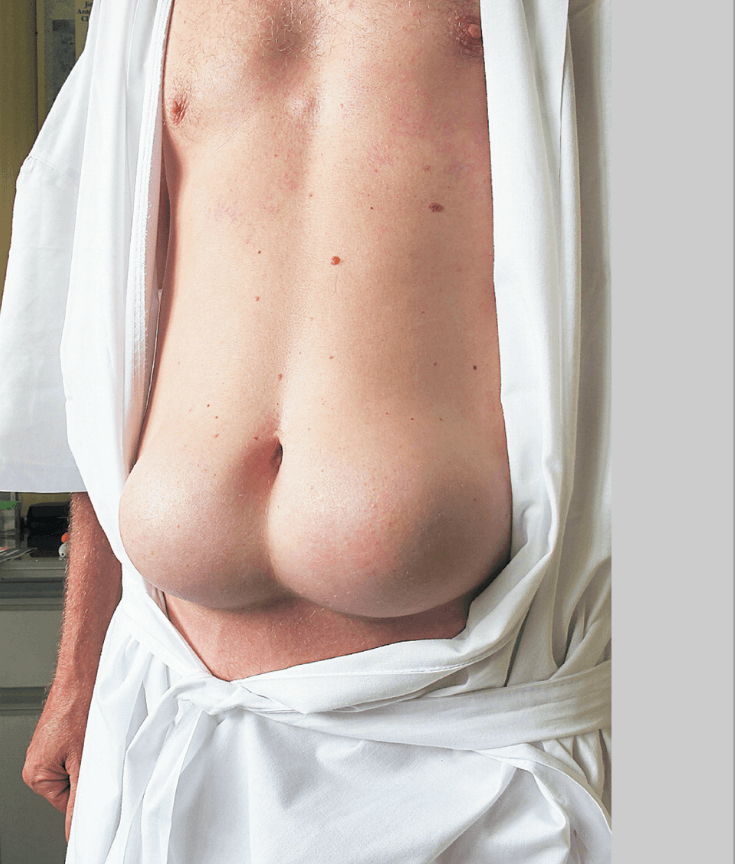 55 year old man with 30 years worth of insulin accumulated in his abdomen (Source: New England Journal of Medicine)

Fortunately, we can usually avoid this by simply rotating the injection site. It’s only when the injected insulin builds up over a long period of time (like 30 years, in that example) that this is a real problem.

When we inject the insulin to the fatty tissue it can be absorbed into bloodstream to be effective at different rates. How quickly it works and how long it lasts for depends on the type of insulin injected.

I like to think of the different types of insulin as if they were ice and water. 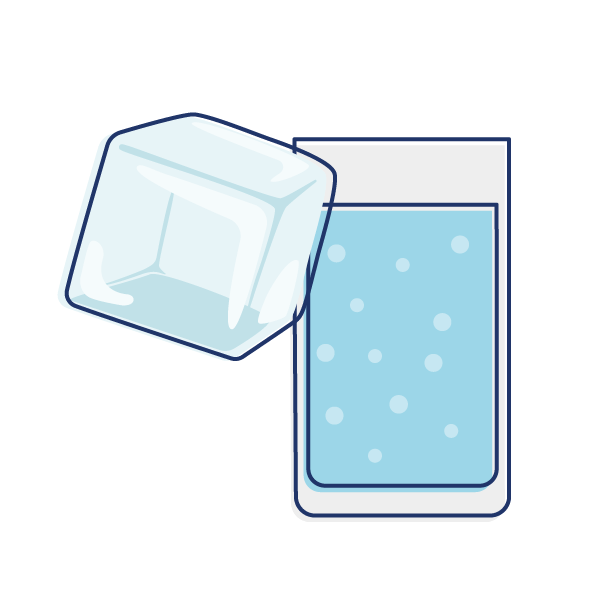 In this analogy, water is the insulin that works in the body. The ice has the potential to work but cannot work properly unless it melts to form water.

Ice takes a different amount of time to melt, depending on the surface area. Tiny ice chips melt in seconds, whereas a block of ice such as an iceberg can take days (or years!) to melt.

Back to the insulin, the different types we have are related how long they last in the body, that is, how long they can provide insulin to the body for. Let’s take a look.

Ultra-rapid acting insulin: This is like ice that has been ground into a fine powder. The moment we inject it into the body it melts and is effective within a few minutes. Examples of this type are aspart, lispro and glulisine (NovoRapid, Humalog, Apidra).

Short acting insulin: This is like ice chips. They take a few moments to melt and begin to work, but within about half an hour are in full swing. This type of insulin is the natural form of insulin in the body (Actrapid, Humilin R, Hypurin Neutral).

Intermediate acting insulin: This is like ice blocks that take a few hours to melt and let out a slow stream of  water over a long period of time. Examples of this type are isophane (Humulin NPH, Protophane, Hypurin Isophane).

Long acting insulin: This type is like a (very) small iceberg that takes over a day to melt. In reality it is crystallised formulation of insulin that seemingly continually releases a little insulin. Examples of this are glargine and detemir (Lantus and Levemir).

Here is a graph showing how the different types of insulins differ over time: 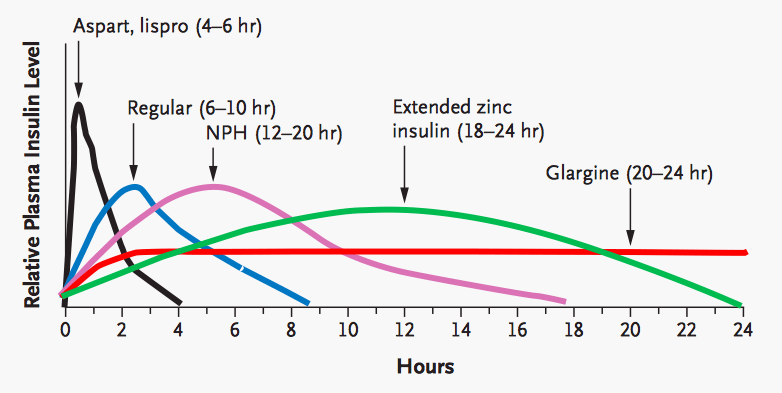 It is important to realise here that just because that something works fast, doesn’t mean it is the best. In fact, most diabetic patients need to use both short and longer acting insulins throughout the day.

Insulin For Diabetes Management: Why We Need Several Injections a Day 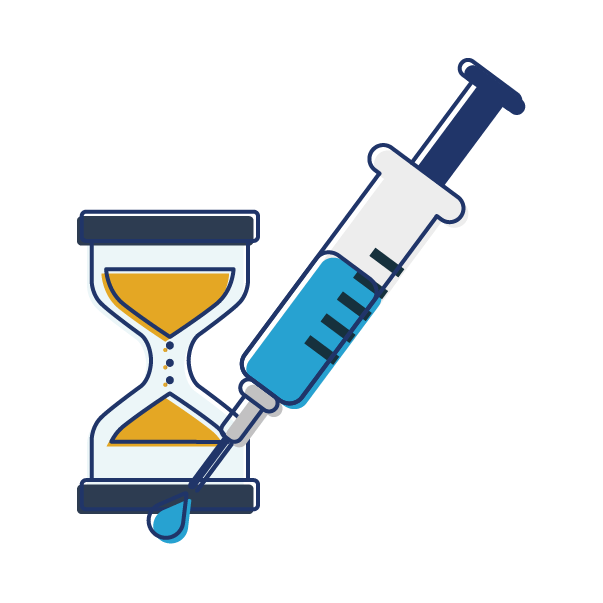 Whilst on some diabetic treatment plans only need two injections per day, it is common for people with diabetes to need four injections every day. This can make taking the medication really inconvenient but is, unfortunately, quite necessary.

Why is this the case?

Basically, because the insulin levels in our bodies normally fluctuate throughout the day. Earlier in this series, I explained how we usually control blood pressure – when our blood sugar increases (like after we’ve eaten a meal) our insulin levels go up to control balance and control this.

When we give insulin artificially as a medication, we mimic the natural fluctuations of insulins. The reason for this is that both too much and too little sugar in the blood is bad, so we need the insulin to match our demand for it at different times of the day.

So what exactly are we aiming for? We always need a little bit of insulin in our blood and then we need spike of much higher insulin after meals, when our glucose levels increase dramatically.

The way we usually do this is by using an intermediate or long acting insulin either once or twice a day, as well as a short or rapid acting insulin before meals.

There are other methods, such as mixing different types of insulins in one injection, which can be sufficient in two injections per day but these give insulin slightly differently to the way the body usually provides it – it still works, but isn’t like the body’s natural supply of insulin.

Finally there is something called a Continuous Subcutaneous Insulin Infusion (CSII) which is a fantastic innovative idea for people with diabetes. It is basically an electronic device armed with ultra-rapid insulin that is continuously attached to the body. In this way, you don’t need to give injections up to four times a day to yourself and you programme it to give you the right amount of insulin according to what you eat. Genius!

The only downside is living with a needle embedded inside your abdomen and needing to change it every three days. These are usually offered to people with problematic cases of diabetes, but I can see these become a much more common solution in the future as their ease of use makes them very appealing.

This is the fifth post in the All About Diabetes series. We’ve already covered the Signs and Symptoms of Diabetes and next up we’re going to talk about hypoglycaemia. 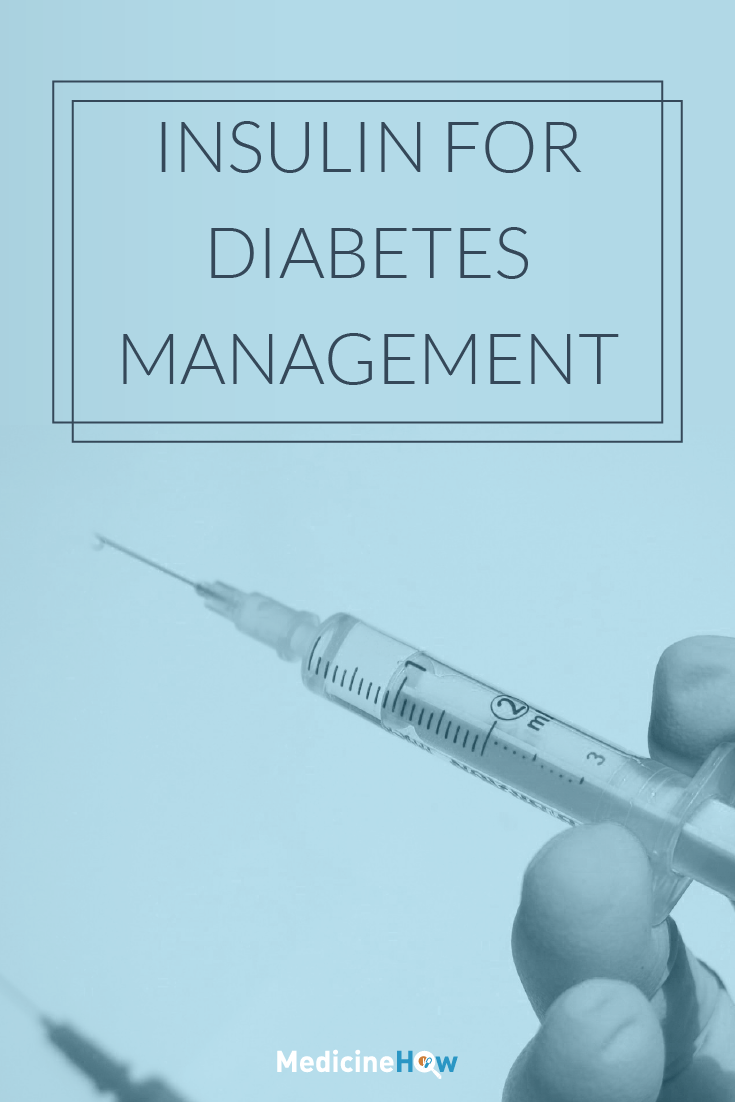 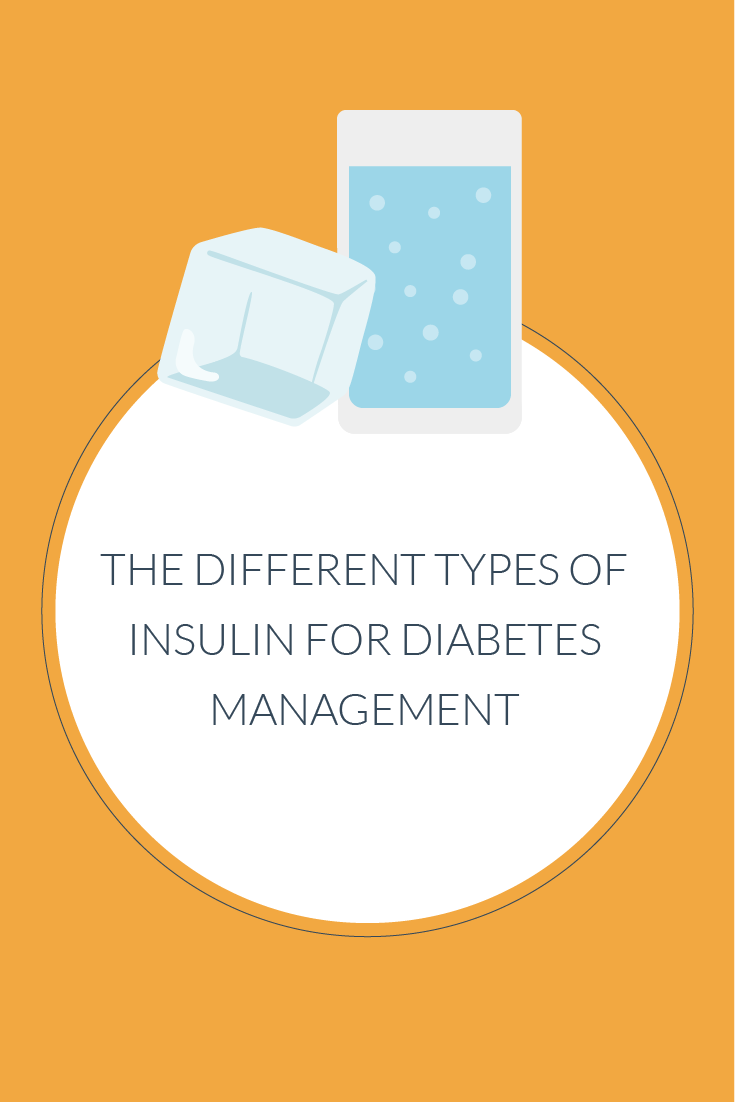 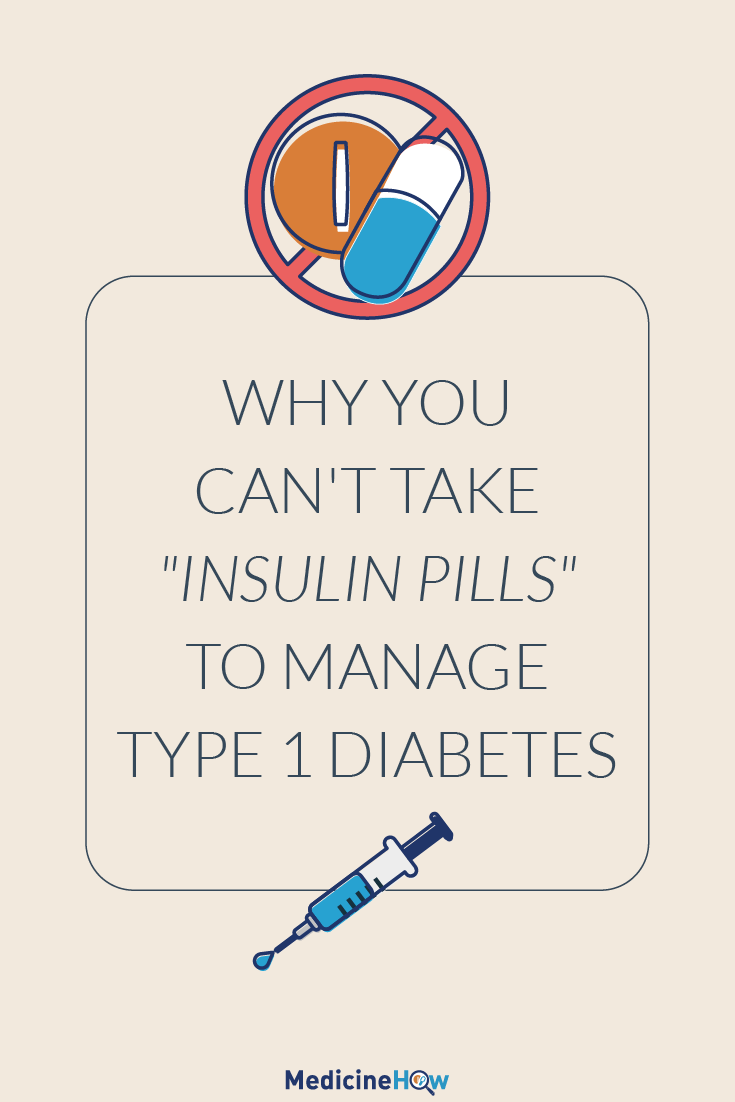