Coeliac Disease: Symptoms and Dietary Modifications to Manage the Condition 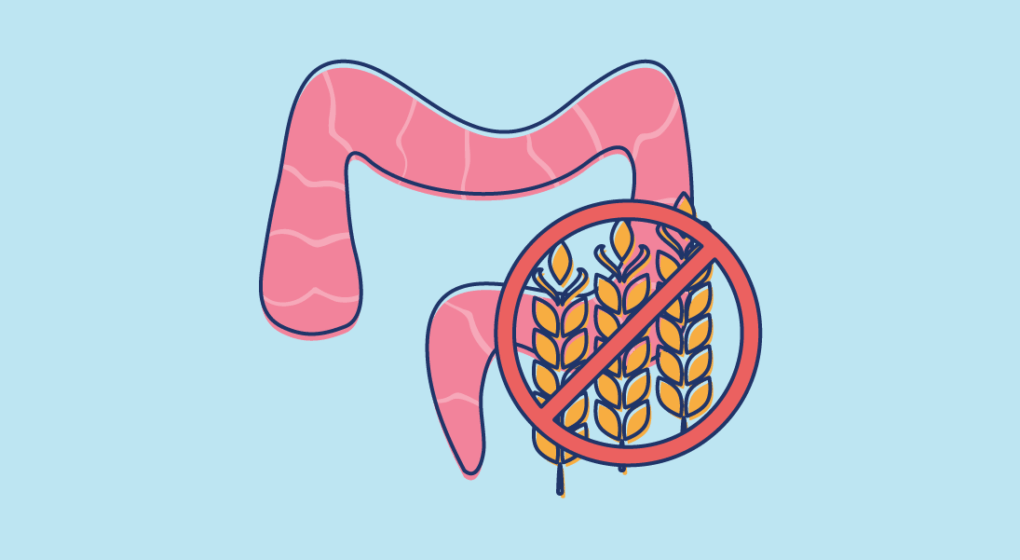 Coeliac disease is becoming more common and is estimated to affect about 1 in 70 people. It can often seems that increasingly more people are requesting dietary requirements such as “gluten free” at events and it’s nothing to take lightly.

The gastrointestinal tract of people with coeliac disease is more sensitive to gluten in food than other people. Eating gluten can cause changes to the lining of the intestine so that nutrients from the food you eat aren’t absorbed as well, and some people may also experience symptoms such as diarrhea.

What is coeliac disease?

Coeliac disease is a condition involving a sensitivity in the small intestine to gluten in various foods. People with coeliac disease can’t tolerate gluten in their gastrointestinal tract because it irritates and damages the lining of the intestine.

In a healthy person, the small intestinal lining has a fluffy and velvety texture to help nutrients be absorbed from your food into your bloodstream so that your body can use them.

For someone with coeliac disease who has consumed gluten, the lining of the small intestine wears away to become smoother and flatter than usual. This makes it more difficult for the vitamins, minerals, sugars, proteins and other good things in your food to be absorbed into your body because they the smooth, slick surface causes them to slip through the small intestine more quickly.

What are the symptoms? Symptoms of coeliac disease may include:

When do the symptoms start?

Children with coeliac disease usual start to experience symptoms after they start eating solid foods and before they reach two years of age. However, some people can develop coeliac disease later on in life and may notice the first symptoms in adulthood.

The symptoms may present suddenly or over a longer period of time, which can make it more difficult for people to recognize and see a doctor for a diagnosis.

In most cases, coeliac disease does not pose a great threat to health. The most important thing is for a diagnosis to be made as soon as possible so that dietary changes can be made to prevent serious consequences of the disease.

Additionally, children with undiagnosed coeliac disease are more likely to have stunted growth because they are not able to absorb the nutrients needed from the small intestine. In severe cases, this can be a permanent change. Yes, coeliac disease can be inherited from the parents and people who have a family history of the condition are more likely to be affected. However, anyone may develop symptoms of coeliac disease.

If you know that you are affected by coeliac disease, it is a good idea to keep an eye on signs and symptoms in your children that could mean that they are also affected. In particular, watch how your child responds in the first few days and weeks after introducing solid foods that may contain gluten for the first time.

How is coeliac disease diagnosed?

Most people with coeliac disease first go to see their doctor because they are experiencing symptoms such as tiredness, vomiting, diarrhea and loss of weight. Blood tests are usually the first step determine the cause behind the symptoms and make a diagnosis.

Is there a cure for coeliac disease?

Unfortunately, there is no cure for coeliac disease and people affected by the condition may have symptoms from time to time for the rest of their life.

However, it can be controlled with a special diet so that the symptoms don’t have a negative impact on your life and you can feel normal.

What is gluten and where is it found?

Gluten is a type of protein that is present in some foods that we eat. It can be found in most grains and cereals such as wheat, rye, barley, oats and bran.

Additionally, any products that are made out of these grains may also contain gluten. For example, normal wheat flour contains gluten, as well as any foods made with the flour such as bread, cakes and biscuits.

Gluten is not present in rice or corn, so these are good alternate grains for people with coeliac disease.

Diet for people with coeliac disease

The key to the diet for people with coeliac disease is to avoid foods with gluten so that the lining of the small intestine can recover and become fluffier once again.

Foods that should be avoided include: It is best to talk to a dietician who can help you to work out what dietary changes would be most beneficial for you.

A gluten free diet doesn’t have to be boring! As it is such a common condition, there are often alternative products without gluten available in many stores. You can even find gluten-free flour to make and flour-based products at home!