Flecainide is an antiarrhythmic drug that works to control the rhythm of the heart by reducing the conduction and contractility of the heart muscle. It does this by inhibiting the fast sodium channels in the heart and increased the refractory time after each heartbeat.

Flecainide is the generic name of the drug, which is the active component that has an effect on your body. You might know it better by one of the brand names – Tambocor or Flecatab – which are the names created by the manufacturing companies.

Flecatab is only available as a single dose of 100 mg. Tambocor, on the other hand, is available in 50 mg or 100 mg tablets, as well as an injection for emergency use.

It is best to start with a low dose of flecainide, such as 50 mg each morning and night. Your doctor will then help you to gradually increase the dose, usually increasing by 50 mg every four days, until you reach the right dose for you when your heart rate is well controlled. This approach helps to reduce the risk of side effects when beginning to take the medication.

Flecainide can be useful in the treatment of:

How does flecainide work?

The primary way that flecainide works is to stop the fast sodium channels in the heart from working properly. These channels usually facilitate the movement of sodium channels throughout the heart muscle, which is important for the muscles to contract together.

When flecainide inhibits to movement of sodium, the electrical conductivity is reduces and it is harder for the heart to contract, which reduces the heart rate.

It also has an effect on the heart by increasing the refractory period after each heart beat.

Flecainide can have serious adverse effects to cause arrhythmias is some cases, so it should only be used when it is truly required and the benefits outweigh the risks. Other side effects may include:

For a complete list of the possible side effects, you should see the medication information leaflet.

There are some cases when flecainide should not be used. It is not recommended if you have:

Additionally, sometimes it can worsen other health conditions but may be used in some cases. For example, there is an increased risk of serious side effects and cause or worsen arrhythmias if you have an electrolyte imbalance, chronic atrial fibrillation or sick sinus syndrome. It can also worsen heart failure in some cases.

Flecainide can interact with some other medications. Some combinations are not recommended, whereas other can be managed by changing the doses.

Flecainide is occasionally used in pregnant women and can sometimes help in the treatment of fetal arrhythmias during pregnancy.

Although a small concentration is thought to be excreted in the breastmilk, it is considered to be relatively safe. Nonetheless, it is a sensible idea to monitor fro adverse effects in the infant and make any changes, if necessary. 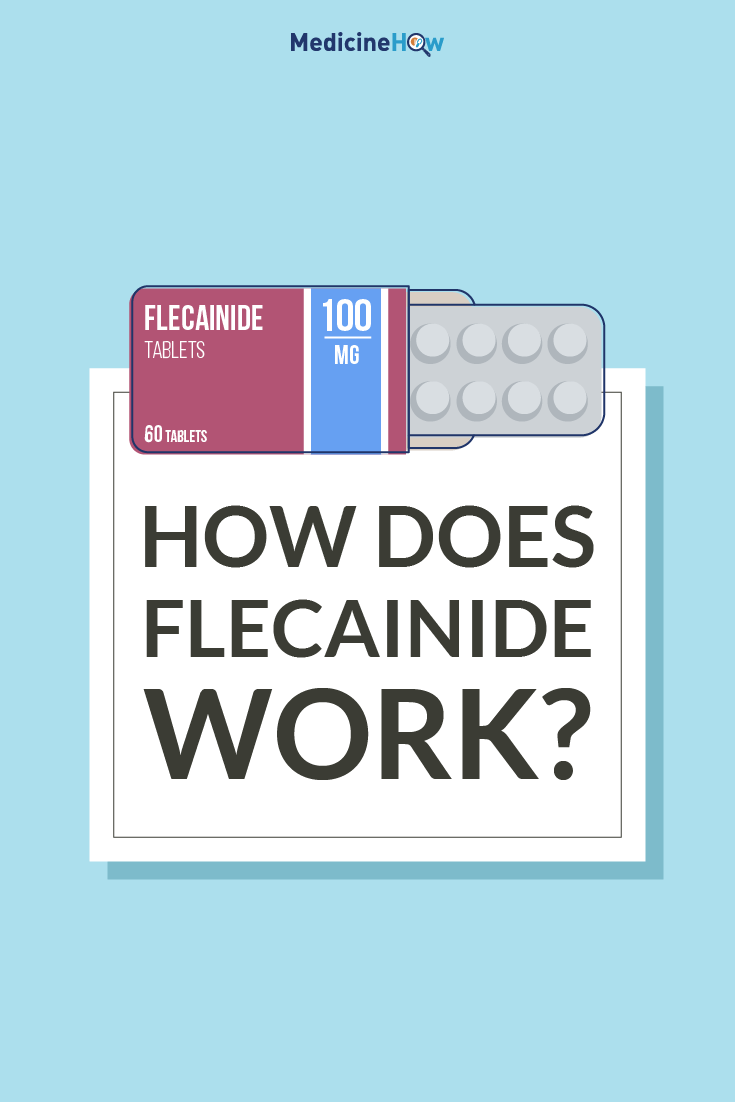