How does Fenofibrate work? - MedicineHow

How does Fenofibrate work? Fenofibrate is a drug that works to reduce the levels of triglycerides in the plasma and change LDL and HDL cholesterol concentrations slightly. It does this by activating certain receptors in the body, called peroxisome proliferator-activated nuclear receptors, and modulating the synthesis and catabolism of lipoproteins.

This helps to control the triglycerides and cholesterol levels in your body and reduce your risk of cardiovascular events such as heart attack and stroke.

Fenofibrate is the generic name of the drug, which is the active component that has an effect on your body. You may also know it by the brand name, the name given by the drug manufacturing company, which is Lipidil.

There are two doses available of Lipidil: 48 mg and 145 mg. However, most people need to take the 145 mg dose for it to be effective.

Fenofibrate is a type of drug called fibrate, along with another drug called gemfibrozil. Both of these drugs work in a similar way in the body and have an effect on the triglycerides and cholesterol levels in your blood.

What is fenofibrate used for?

Fenofibrate is usually used to manage severe hypertriglyceridemia, when the levels of triglycerides in your blood are too high.

Keeping the triglyceride concentration in your blood at a safe level is important if you have a high cardiovascular risk and are more likely to have a heart attack or stroke. Lower levels of triglycerides make it more difficult for plaque to form and block the blood flow, which will help to protect you from cardiovascular events such as heart attack and stroke.

Fenofibrate can also be used if you have Type 2 diabetes and dyslipidemia together. Additionally, it can help to reduce all cholesterol levels if you have mixed hypercholesteremia (high levels of LDL cholesterol, low levels of HDL cholesterol). However, statin drugs are usually more effective, so fenofibrate is the second choice.

Fenofibrate should only be used in combination with diet and lifestyle alterations and not as a substitute for healthy living choices.

How does fenofibrate work?

Fenofibrate mainly works by activating receptors in the body, called peroxisome proliferator-activated nuclear receptors. When the receptor is activated, the rate that the fats  in the body are broken down increases, leading to more elimination of triglyceride-rich particles from the plasma. As a result, the concentration of triglycerides in the blood is reduced.

It can also control the synthesis and breakdown of lipoproteins, such as LDL cholesterol and HDL cholesterol.

This is useful to prevent cardiovascular events because triglycerides and LDL cholesterol are involved in the production of plaque in the blood vessels, which can build-up (atherosclerosis). This can block the flow of blood and possibly cause cardiovascular events such as a heart attack (myocardial infarction) or stroke.

If you are taking fenofibrate, you may notice side effects such as:

If you are taking fenofibrate, you should be aware of the possible side effects so that you can recognize the signs and see your doctor if needed.

There are some people who shouldn’t take or need extra care when taking fenofibrate.

Additionally, if you have poor kidney or renal function, you might need to take a lower dose than usual because your body will be less effective at removing the drug from your body.

Fenofibrate may interact with some other medications including:

Make sure that your doctor knows if you are taking any of these medications as they may need to adjust the dose or use an alternative medication.

Fenofibrate is not usually recommended in pregnancy but it may sometimes be used under the advice of a medical specialist, depending on the particular circumstances. If you take fenofibrate and are trying to conceive, it is best to talk to your doctor about your options and the best choice for you.

Fenofibrate is not recommended for women who are breastfeeding due to the effect it could have on the baby if excreted in breast milk. 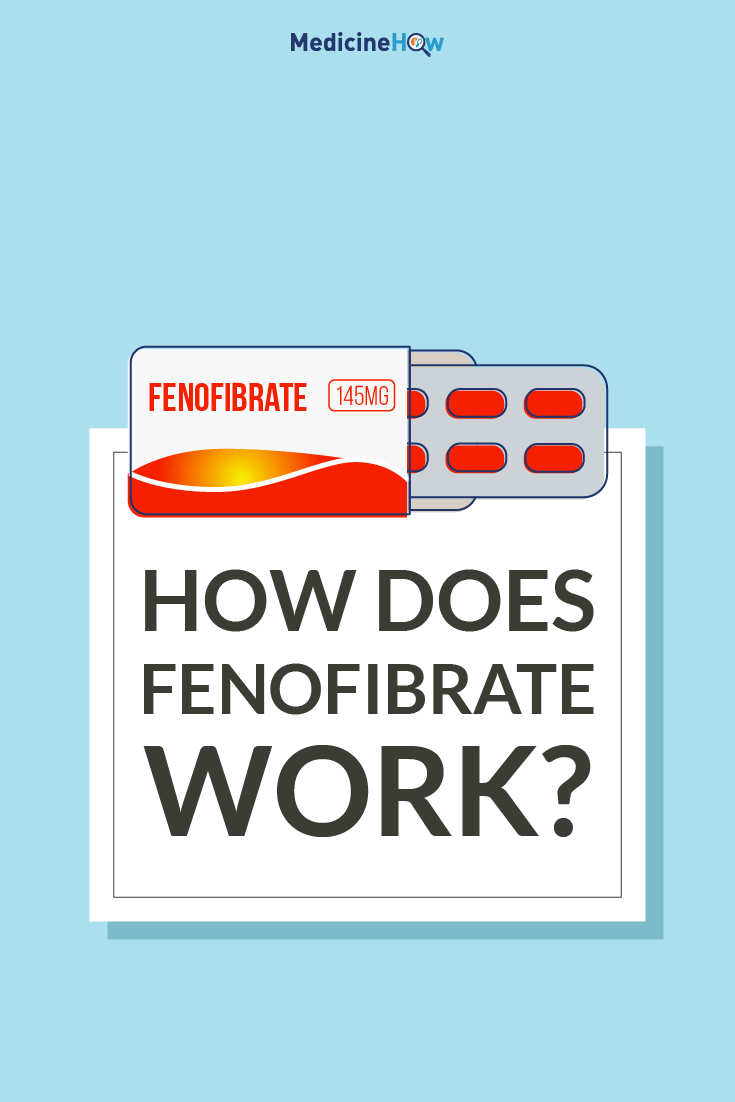